17. Ai – Abraham encamped on the hill between Beth El and Ai, building an altar and calling upon the Lord. After Jericho, Ai was the second royal fortress to fall to Joshua and the Israelites, following the initial failed assault hindered by the misdeeds of Akhan. Joshua’s army pitched camp on Ai’s north side, while other troops left to ambush and capture the city. Also mentioned in I Chronicles, Isaiah, Ezra, and Nehemiah.

18. Jericho – One of the most famous cities in the Torah, Jericho was a walled palm and balsam oasis that encountered the likes of Joshua, Rahab, King David’s ambassadors to Ammon, the prophets Elijah and Elisha (two onetime residents), the doomed fugitive King Zedekiah, the Hasmoneans and Herod. Centuries later the Arabian Jewish tribe of Banu Nadir sought refuge here from Muhammad.


19. Qumran – The desert monastery on the shores of the Dead Sea of the sectarian Essenes, whose scriptorium hosted the creation of the famed Dead Sea Scrolls ultimately found in the surrounding cave-pocked Judean Hills.

20. Betar – Shimon Bar Kochba finally fell in his hilltop headquarters after the city had endured a prolonged Roman siege. The sage Eleazar of Modi’in also died here. The bastion was known for its spring and defensible location as a steep neck of land bounded with valleys on three sides. Often mentioned in the Mishnah, Tosefta, Talmud, and Midrash Rabbah.

21. Bethlehem (Efrat) – Where our matriarch Rachel is buried and where the convert Ruth married Boaz. Bethlehem was the home of the shepherd youth and slinger (a descendant of Ruth) who would become the warrior and psalmist King David, and the birthplace of another famous Jew, Jesus, who inspired a new world religion.

22. Tekoa – A village that was home to the wise woman who convinced King David to pardon his rebellious son Absalom, and that was later fortified by King Rehoboam. Most of all, it was home of the herdsman and prophet Amos who gathered its sycamore fruit and is buried there. Also home to Caleb’s descendants and the site where King Jehoshaphat withstood the attack from neighboring nations. Tekoa was renowned for its oil and honey.

23. Herodium (Herodion) – An artificially built mountain visible from southern Jerusalem where Herod the Great commemorated an early military victory and later had himself inhumed. The mound was fortified during The First Revolt and fell only after the destruction of Jerusalem. A synagogue from The First Revolt era remains in situ. It was thereafter refortified as a district headquarters during the Bar Kochba Revolt.

24. Beth Zechariah – Eleazar the Hasmonean fell in battle here in his bold attempt to kill an elephant by stabbing its underbelly. The falling beast crushed him, and thus died the first of the five brave Maccabee brothers.

25. Beth Zur – A town mentioned in Joshua, later fortified by King Rehoboam, and eventually a key Maccabean fortress along the border between Judah and Idumea. Also the locale of a major Maccabean victory that paved the way for the recapture of Jerusalem and the advent of Chanukah.

26. Hebron – Also known as Mamre and Kiryat Arba, and renowned for its terebinths, Hebron is one of the four holiest cities in Judaism and the location of the Cave of the Patriarchs (and most Matriarchs) where Abraham/Sarah, Isaac/Rebecca, and Jacob/Leah are interred. Tradition also places the graves of Adam and Eve here. Abraham was a local resident after arriving in Canaan. Hebron was also where King David was anointed and established his capital for seven years before the conquest of the Jebusite citadel of Jerusalem. The first Judge of Israel, Otniel ben Kenaz, is also entombed in Hebron. Judah Maccabee and later Shimon Bar Giora reconquered the city from its Idumaean and Roman occupiers. Hebron is also one of the six cities of refuge in the Torah and is mentioned therein 87 times. Numerous rabbinical authors have lived here, among them Elijah de Vidas, author of Reshit Chochmah; Abraham Israel Ze’evi, author of Urim Gedolim; Aaron Alfandari, author of Yad Aharon and Merkebet ha-Mishneh; Mordecai Ruvio, author of Shemen ha-Mor; Elijah Sliman Mani, author of Kissei Eliyahu; Rachamim Joseph Franco, author of Sha’arei Rachamim; and many more. For Jews, Hebron is second in stature only to Jerusalem.

* * * * * These are only some of the seminal places, events, and people associated with Judea and Samaria, added to which are the modern sites and inhabitants of Ariel, Elon Moreh, Hashmonaim, Ma’aleh Adumim, Mevasseret Zion, Efrat, Alon Shevut, Kfar Etzion, Migdal Oz, and many others. 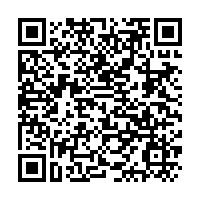