In recent days, plotting within the British Labour Party to get rid of its far-left leader Jeremy Corbyn has moved up a gear as deep concern over the party’s precipitous plunge in the opinion polls has burst into the open.

Corbyn is being blamed for the two causes of this meltdown. The first is the party’s ambiguous stance over Brexit, in which it is trying simultaneously to please its working-class Brexit supporters and its metropolitan, educated liberals who want the United Kingdom to remain in the European Union—and satisfying neither as a result.

The second is its never-ending row over the epidemic Jew-baiting in its ranks.

This week, three Labour members of the House of Lords resigned from the party in disgust over this. One of them, the party’s former general secretary David Triesman (who is Jewish), said: “The experience of life in the party has become sickening.”

Even those for whom this issue engenders not instinctive recoil but bafflement or indifference—and there are many in Britain who fall into that category—blame Corbyn for failing to shut the issue down.

The reason for this was rammed home this week in a BBC documentary by the veteran investigative TV journalist, John Ware.

After interviewing more than 20 party officials, Ware documented how the party leadership had actively undermined attempts to discipline members for Jew-baiting (which the party vehemently denied, while allowing no leadership figure to be interviewed by Ware).

Eight former officials appeared on the program to express their deep distress at what was happening and to say the party was no longer a safe space for British Jews. Two said they had suffered depression, anxiety and a nervous breakdown as a result of their experiences, and one said he had even contemplated suicide.

The examples they cited of Jew-hatred within the party were appalling. Jews were called “dirty Zionist” and were said to have financed the slave trade, been unwelcoming to black people, and to have enjoyed undue power and influence.

One image posted online by a party member depicted an alien creature with the Star of David on its back clamped onto the Statue of Liberty—an image taken from a far-right website labeled “bloodsucking alien parasites killing America.”

Members also came out with Jewish global and financial conspiracy theories, or claimed that Israel was behind 9/11 or ISIS.

The issue of Israel is largely why the party just cannot deal with all this, and why its Jew-hatred won’t go away even if Corbyn were removed from office tomorrow.

For while there seems to be a general recognition that unhinged conspiracy theories about Jewish money or power are beyond the pale, many members also believe that to be anti-Zionist or venomously anti-Israel is not to be anti-Jew.

This is how their thinking goes. We are the left, they say; the left is anti-racist and anti-colonialist; so it’s wrong to say anti-Zionism is anti-Jew because Zionism is racism and Israel is a colonialist power.

But, of course, they have this exactly the wrong way round. Anti-Israelism and anti-Zionism are deeply anti-Judaism and anti-Jew. One line in the BBC documentary illuminated this in a particularly revealing and chilling way.

As Ware reported, a number of Labour members believe that peacefully replacing the state of Israel is not anti-Jew.

Leave aside the fact that it would not be peaceful because Israel’s Arab and Muslim enemies would slaughter the Israelis to bring this about. Leave aside also the fact that Corbyn has allied himself with Hamas and other Islamists who aim openly to slaughter Jews.

More profoundly, anti-Zionism is intrinsically anti-Jew because it singles out the Jews alone as a people who have no right of self-determination in their own country. It does this on the basis of the big lie that uniquely writes the Jews out of their own history as the only people for whom the land of Israel was ever their national kingdom.

Those who are anti-Zionism profess to be anti-colonialism. But it’s the Arabs who are the would-be colonialists, intending to drive out the Jews from the country to which the Jews alone have any lawful, historic and moral claim. Anti-Zionists are not opposing colonialism. They are promoting it.

This does not mean that all who propagate these wicked falsehoods are themselves anti-Jew. Some are, but many others believe all this out of ignorance.

Nevertheless, this discourse of anti-Zionism and loathing of Israel has exactly the same unique characteristics as Jew-hatred through the ages. It singles out Israel for obsessive falsehoods; it reverses victim and oppressor in this particular conflict; it holds Israel responsible for a global conspiracy of evil; and it seeks to deprive the Jewish people uniquely not just of their right to self-determination, but to remove from them the country in which they alone are the indigenous people of the land.

This contemporary expression of the oldest hatred didn’t start with Corbyn, and it won’t end with him. It has been around for decades and is endemic in progressive circles, not just in Britain but throughout the West.

Support for the Palestinian cause is the signature motif of the left. And that cause is founded upon blood libels, conspiracy theories and other murderous and ancient anti-Jewish tropes.

Mahmoud Abbas, viewed by the western left as a statesman-in-waiting, has a doctorate in Holocaust denial, explicitly venerates the Palestinian Nazi-ally Haj Amin al Husseini who undertook to slaughter every Jew in the Middle East in the event of Hitler’s victory, and uses his media outlets to transmit medieval and Nazi-style demonization of the Jews.

At the end of last year, a preacher said typically on Palestinian Authority TV that the Jews “expose their fangs whenever they get the chance … always fighting, always scheming and always plotting against humanity … ”

This was true of the Labour Party even under leaders such as Tony Blair and Gordon Brown, who were themselves personally sympathetic to Israel and the Jewish people. But because they also believed in the power of reason, compromise and “peace processes” to resolve all conflict, they blinded themselves to the implacably anti-Jewish and anti-Zionist foundations of the Palestine cause which they also championed as “deserving.”

This is why anti-Zionism has weaponized anti-Semitism in progressive circles.

The Labour Party may be destroyed altogether by the twin issues of Brexit and anti-Semitism. The former has the capacity to reshape British politics altogether. The latter threatens to destroy the party because if Labour isn’t a moral project it is nothing.

That applies in turn to the left in general, which is why it is now philosophically bankrupt, repudiating decency, evidence and reason itself  while supporting abuses of intellectual, political or religious power and abandoning their victims throughout the Western world. 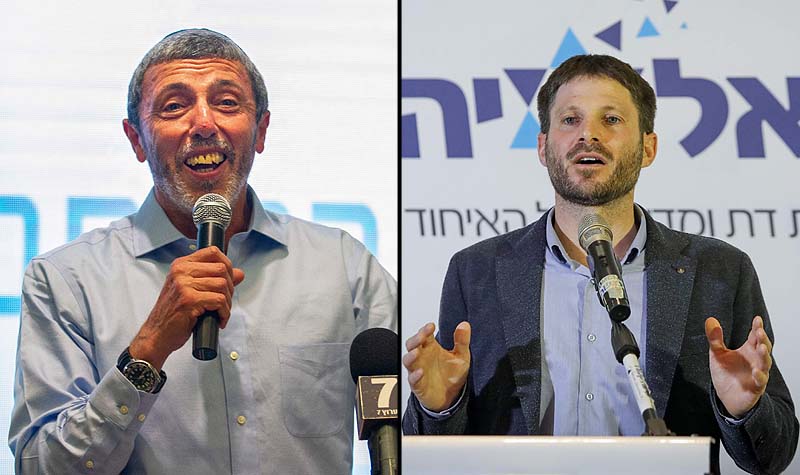 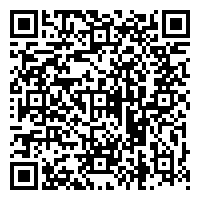