NYPD officers with ties to “prominent businessmen” questioned about bribes and disciplined by the department.

The headlines scream what can only be called pure chillul Hashem. There seems to be no end to the embarrassing and disheartening news.

Despite it all, there appears to be no determined move to press the community to pursue true ethics and proper behavior. To the outside world it seems all we get from our leaders are dangerous deflections.

Perhaps it is not really surprising. There are still some leaders who believe that childhood sexual abuse is virtually non-existent in the Orthodox world and that women who are attacked are basically “asking for it.” These leaders have the audacity to take strong positions and double down even in the face of facts. Organizations are ever-protective of status and their members.

Is it any wonder that in the face of such unyielding rigidity, hypocrisy, and cognitive dissonance there are so many young people who are questioning their faith and their commitment to a leadership that is perceived as unresponsive even to breeches in basic ethics?

Young people see and hear all manner of rationalizations to justify corruption. If leaders can act this way, they think, then so can we.

A 23 year old asked me if I believed it was okay to bribe someone in order to obtain a gun permit. I asked him why he would want a weapon. After the predictably robotic “We all should be able to defend ourselves” response, he offered the true reason – “It’s cool to be able to carry!”

If this were someone who lived or worked in a dangerous neighborhood where there is poor police protection I might give him a pass for naiveté. But he is a student in a prominent religious school and lives in one of the safest neighborhoods in the world. He has no cause to carry and could not legitimately obtain a gun permit based on need.

It is true that one comment from one person does not generalize well. But he is far from the only one. If it were possible to conduct a survey of the beliefs of our 18-to-30 year olds we would very likely find many like him – able to recite esoteric tractates with little regard for the ethics of daily living.

Perhaps an even more telling comment is the one I heard from a 25 year old – that those involved in the high profile media cases were “just not smart enough. Very few get caught.”

As if illegal and immoral behavior can be acceptable as long as you are discreet and lucky enough to slip between the cracks of honesty and legitimacy.

It is true that most people abhor illicit and corrupt activities. It seems, though, that among a growing number among us there is a determination to avoid addressing the issue of basic honesty. Apparently, it is easier to ignore and focus on other matters – even blaming the victims of abuse or, absurdly, the FBI for “setting” people up to get arrested, as if the offenders did no wrong. I kid not – I have heard this from more than a few people.

It was not so many years ago that being religious meant you lived an honest life. Today it seems it’s all about the shortcut and the show. We load ourselves up with religious stringencies that in and of themselves do nothing to enhance a spiritual life, but forget that the primary obligation is to be an upstanding, honest member of society.

The goal should not be to amass large sums of money to remodel a kitchen with two sinks, two stoves, and even two refrigerators. But that seems to be what’s driving too many of us. Is it halachically acceptable to avoid paying taxes in service to the illusion that having two of everything in the kitchen – even when it makes no sense to do so – makes for a holier, more spiritual Jew? Clearly not, but the mentality is not being addressed. Nor is the pervasive attitude that “as long as you don’t get caught, it’s fine.”

A few years ago there was a push to teach business ethics in the community. I am not sure if it is still ongoing and am also unclear as to whether or not it was successful to any significant degree.

Business ethics are indeed necessary but they touch on only one area of life. Basic ethics must be part of a Jewish curriculum. Teaching morals and ethics requires a total communal approach. Families, schools, and shuls must put this basic Jewish principle at the top of the agenda. If this moment is squandered we will have a generation of superficial adherents to rigid irrelevancies who at heart have no connection to the essence of Yahadut and menschlichkeit.

Court Rejects Confessions Made Under Torture in Duma Arson Case 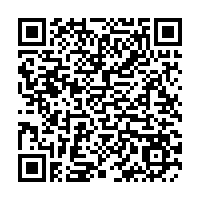