This Jerusalem Day will mark 49 years since the divided city, torn in two by Jordanian occupation, finally became reunited. Names that today are just part of Jerusalemites’ daily vocabulary – French Hill, Ammunition Hill, Government House – were, back in 1967, terrible battle sites where armies were pitted against each other in deadly battle.

The war, not of our making, was sparked on April 7, 1967 when the Syrians opened fire on Israeli tractors working near Kibbutz Ha’On, east of the Kinneret. The IDF returned fire and the Syrians began shelling settlements. IAF jets were sent to destroy the artillery batteries. Syrian MIGs attempted to intercept them, and there were dogfights above Kibbutz Shamir. Six Syrian planes were downed. Syria demanded that Egypt’s President Nasser issue a response; to prod him, the Syrians announced – falsely – that Israel was amassing troops on the northern border. Nasser sent a massive force into Sinai on May 14. UN peacekeeping troops were expelled. War was now inevitable.


At the front, 300,000 of our soldiers were now deployed along the Egyptian border waiting for the Cabinet to make a decision on preemptive action. There were frequent meetings between Prime Minister Levi Eshkol and IDF Chief of Staff Yitzhak Rabin. There were messages from U.S. President Lyndon Johnson calling for Israel to show “restraint.” Egypt was asked not to escalate the situation but Nasser closed the Tiran Straits – another hostile step.

War came on June 5. Israeli jets destroyed the air forces of Egypt, Syria, and Jordan in a matter of hours. Israel would have complete aerial supremacy during the six days of fighting.

On the ground, the IDF entered Sinai. Then Jordan started shelling Jerusalem, firing without letup and causing many casualties, while Syrian jets raided Haifa Bay and northern settlements.

On June 6 Israeli paratroopers surrounded the Old City and at 10 a.m. on June 7 they liberated the Western Wall and the Temple Mount. Gen. Motta Gur stood near the Wall and emotionally announcing over the radio: “The Temple Mount is in our hands!”

The IDF’s chief rabbi, Major-General Shlomo Goren, arrived at the Kotel and blew a resounding blast on the shofar and said a prayer: “This is the day we have been yearning for. Let us rejoice in it.”

Israel’s sweeping victory in the Six-Day War, with Jerusalem, the entire Sinai, and the biblical heartland of Eretz Yisrael now under Jewish sovereignty, created a state euphoria throughout the country. At the same time there was terrible sadness at the toll that had been exacted.

Jerusalem was the focus of the greatest celebration. All day the radio played Naomi Shemer’s “Jerusalem of Gold” – “Yerushalayim shel Zahav.” The song had been released just weeks before the war and it quickly became a victory anthem. Shemer added a final verse upon the city’s reunification. I

It was three years later that I arrived in Jerusalem with my husband and four children. Forty-six years have passed and my love for the city has deepened every day. There were hard times, and heartache whenever our children served in the army – when our son was a paratrooper in Lebanon we even questioned whether we had made the right decision in bringing them here from the safety of Australia. Now most of their children have served or are still in the army and none of them has ever felt we made a wrong decision.

Our feet trod the stones that King David danced on. We prayed at the Western Wall where the Shechinah still lingers. We walked where kings and conquerors and priests and soldiers and holy men have walked for thousands of years, century after century. Every day we bathed in the unique golden light that countless artists have striven to capture.

Each neighborhood in Jerusalem is different – quiet alleyways that wander at random; bustling markets filled with the color and spicy smell of the Middle East; walled courtyards softened with a glimpse of greenery. Such an ancient yet such a modern metropolis where people work and play and shop and drive and argue and love.

Jerusalem is holy sites where prayers are whispered and blessings invoked. It is quiet hills silhouetted with pine trees. It is graveyards for the old and, unavoidably, military cemeteries for the young. It is parks where children laugh and dimpled babies are wheeled in prams.

This Jerusalem Day I will, as I have for more than four decades, thank God for the privilege of living here and pray that peace finally comes to Jerusalem forevermore. 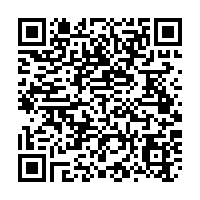