Three seemingly unrelated incidents occurred last week, yet all share a common denominator: They exemplify the way anti-Israel politics has corrupted the concept of human rights.

Let’s start with best-selling British novelist Richard Zimler’s report that two British cultural organizations recently refused to host him for lectures about his new book, though he has lectured many times on previous books. “They asked me if you were Jewish, and the moment I said you were, they lost all interest,” he quoted his publicist as saying.

It’s not that these groups have anything against Jews per se. They simply feared that hosting a Jew would make them a target for anti-Israel protesters.

Zimler isn’t Israeli, has no relatives or investments in Israel and doesn’t write about Israel. His latest book is set in the Holy Land 2,000 years ago, but its storyline is Christian rather than Jewish (it’s called The Gospel According to Lazarus). So he wouldn’t seem an obvious target, given BDS apologists’ repeated claim that anti-Zionism isn’t anti-Semitic.

Unfortunately, much of the anti-Israel crowd hasn’t gotten that memo. See, for instance, the German courts which ruled that torching a German synagogue wasn’t a hate crime, but an understandable anti-Israel protest. Or the student organizations which demanded that a South African university expel all Jewish students to show its pro-Palestinian bona fides. Or the Norwegian attorney general who ruled that “F*** Jews” isn’t hate speech, but an expression of “dissatisfaction with [Israel’s] policies,” although the speaker never mentioned Israel. Or the dyke marches that banned Jews from holding Jewish pride flags because they remind some people of Israeli flags. And so forth.

So despite deploring the unnamed organizations’ cowardice, I can’t dismiss their fears as unfounded. And that’s the problem.

Human-rights groups and liberals worldwide rush to defend the “rights” of BDS activists; see, for instance, their opposition to anti-BDS legislation on the false grounds that it violates freedom of speech (it actually applies only to actions, not speech). Yet they’ve shown no interest in defending Jewish rights in most of the examples cited above. Evidently, Jewish rights are acceptable collateral damage in the sacred cause of anti-Zionism.

The second incident was the Palestinian Authority’s harassment of Palestinian businessmen who attended the U.S.-sponsored economic workshop in Bahrain on June 25-26. One was arrested, but eventually released under American pressure. Another escaped arrest by fleeing to the Israeli-controlled section of Hebron. And the P.A. raided the homes of several others, confiscating documents like credit cards and passports.

These roughly 15 businessmen traveled legally to Bahrain to participate in what one reporter termed the conference’s “real, unofficial” purpose—closing legal business deals, mainly with fellow Arabs. They explicitly said they represented only themselves, not the P.A, and refused to talk politics, saying only the P.A. was authorized to do that. In short, not only did they commit no crime, they made no attempt to undermine the P.A.’s political positions.

Indeed, the P.A. didn’t even try to pretend that any crime was committed. As one Palestinian security official told Haaretz, there was “no specific charge” against the arrested businessman; the arrest “was a warning. He must understand the implications of this sort of collaboration.”

In other words, this was pure political persecution, which is standard P.A. practice. Palestinian journalists, activists and businessmen have all been arrested for such “crimes” as saying P.A. leader Mahmoud Abbas should resign.

The third incident was the estimated 100 fires that incendiary balloons flown from Gaza ignited in southern Israel. That’s an unusually high number for a single week, but incendiary devices from Gaza—courtesy of Hamas’s “balloon unit”—have been wreaking havoc for more than a year. In the six months ending in October 2018, such devices destroyed some 3,000 acres of forest and 4,000 acres of farmland. Since the winter rains ended, additional thousands of acres have been destroyed.

This is a war crime, according to both the Geneva Conventions and the treaty governing the International Criminal Court. Both define “extensive destruction and appropriation of property, not justified by military necessity and carried out unlawfully and wantonly” as a war crime; the latter also lists causing “widespread, long-term and severe damage to the natural environment which would be clearly excessive in relation to the concrete and direct overall military advantage anticipated.” Palestinian arson attacks do both, while serving no military purpose whatsoever.

The ICC is looking into numerous alleged Israeli crimes against the Palestinians and has even begged Palestinians to provide it with more complaints. Human-rights groups and liberals worldwide incessantly condemn these alleged Israeli crimes, including settlement construction, which, even if it were a genuine crime (it isn’t), is far less destructive than scorched-earth tactics (evacuated settlements could theoretically be given to the Palestinians under a peace deal). But I haven’t heard a peep about the destruction of large swaths of southern Israel, nor has the ICC considered probing it. Environmental devastation is evidently acceptable collateral damage in the sacred fight against Israel.

This problem isn’t unique to the Israeli-Palestinian issue, of course. It’s just particularly blatant there.

Liberals and human-rights groups frequently complain that human rights are becoming devalued worldwide, and they’re right. But their own politicization of these rights is the chief culprit. And until this changes, contempt for human rights will only keep growing. 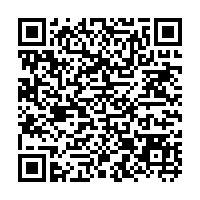