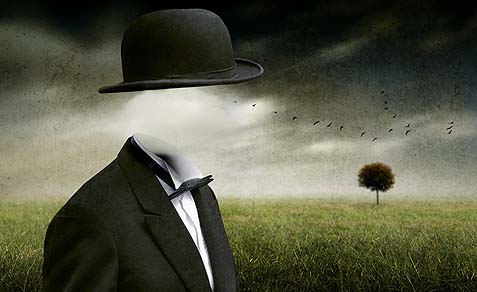 When I was little, I developed a secret girl crush on Olympic gold medalist Dorothy Hamill. I was so obsessed that I created a full blown alter ego named Cindy Amalie who was a tiny, more talented version of Dorothy. In my dreams I imagined myself on that podium, clad in an emerald sequined costume, smiling modestly after winning gold for being the youngest female skater to land a triple axel.

To this day, it remains amazing to me how tenaciously I held on to this fantasy even years after I became mature enough to realize that flying over the ice would only happen while I was asleep. Equally intriguing is that when I finally acknowledged that the closest I would get to mimicking Dorothy were the unfortunate remnants of my copycat haircut, I only surrendered because I actually never learned how to skate. It wasn’t until I was even older that it dawned on me that there might have been some incompatibility between Cindy Amalie, Olympic skater, and Chani Hirsch, Bais Yaakov student.

I hadn’t thought about Cindy for years, but the confluence of the Tokyo Olympics and the news about Jacob Steinmetz and Elie Kligman being drafted into the Major Leagues resurrected this childhood alter ego. There’s been a lot of talk about the importance of seeing racial, religious and social diversity in the media. Children who see themselves in books and in movies feel like they belong, that they, and their life experiences, are normal. I get that. I remember as a teenager reading The Chosen by Chaim Potok. It didn’t matter that the protagonist was a chassidishe boy; the mere fact that my religion was in a book, that it was out there in the world for everyone to read, made me feel special, important.

Not only that, but it made me realize that I, whose name was Chani, which was not unlike Chaim, could also write a mainstream book. For the most part, however, the fact that a character in a book or in a show was male, or black, or Catholic, or even a fairy princess, did not deter me from inserting myself into their worlds and dreaming their dreams. Aside from creating my little skater friend Cindy, I also used to pretend I was the Bionic Woman’s daughter, born after she and the Six Million Dollar Man finally got married. I don’t remember what I called myself – I think it was Darlene – but I had some awesome adventures that kept my mind occupied for hours.

Rudine Sims Bishop, a professor emerita at Ohio State University, wrote an article in 1990 called “Mirrors, Windows, and Sliding Glass Doors.” She talks about how books offer a window into other lives and other cultures. Through the power of imagination, the windows become sliding doors that allow the reader to walk into that world and experience it firsthand. Sometimes however, when the lighting is just right, a window can become a mirror through which the reader can see their own life reflected back at them. This reflection of self, of seeing yourself in that mirror, she says, is a powerful thing.

I am a big proponent of role models: real people, in real life, doing real things, good things. But even role models don’t have to look like us, think exactly like us, or talk like us. Even the youngest reader has the ability to grasp nuance in a book about a mommy bunny and a baby bunny. The mommy bunny does not have to wear a sheitel, and the baby bunny does not have to be in a yarmulke and tzitzit for the intimate relationship to resonate. And while watching Shtisel transported me straight back into my Bubby’s kitchen, any well crafted family drama can do the same.

When portrayed accurately, seeing ourselves in media and literature has the potential to be empowering. But before we were woke, politically correct and sensitive to the agenda of snowflakes, we just dreamed. It didn’t matter that in the Star Wars universe they didn’t eat kosher, my brother still wanted to be a stormtrooper. It didn’t matter that you couldn’t and probably wouldn’t ever professionally skate, or dance, or run, or swim, or become a movie star. Call me naive, old fashioned, out of touch. Maybe I’m the only girl who adored her blond Barbie without feeling that she didn’t measure up because of the mismatch between tall/cool/sleek-haired and short/nerdy/frizzy.

Maybe it was because I grew up without the Internet and had only books, seven channels on TV, and siblings for company, that I was able to enjoy the simple pleasure of peeking through these multitudes of diverse windows. I was able to walk boldly through those sliding doors and enjoy those universes, even though I rarely glimpsed myself in the mirror. And although those rare mirrored sightings were exciting, these isolated glances never became the core of how I self identified. Maybe it was in the vast space unfilled by those mirrored expectations that I allowed my most fantastical and unrealistic dreams to blossom, flower, and then, when the time came, to fade.

I wonder now if my tiny self, transported 40 years into the future, would have even dreamed those dreams of gold. Or would I have been conditioned to search those faces carefully, trying each one on for size, and failing to find one identical to mine, turned away and abandoned the dream. No Cindy, no Darlene, no rebel stormtrooper.

I recently read a beautiful little book about grief written by a black woman who was from a town I had never heard of, and practiced a religion I was unfamiliar with. It didn’t matter that the particulars of our lives were superficially dissimilar, our shared language of losing a beloved father was enough to bridge the divide. Once again, my latent dreams of becoming a writer were rekindled, not by a chasidic boy from Brooklyn but by a bereft daughter from Nigeria.

I sometimes wonder what goes on in the heads of contemporary children. Do they still dream the impossible or do they believe that power only exists within the narrow confines of a mirrored surface? Are we permitting them to dream, unfettered by social and cultural expectations or are we allowing the narrative of today to limit the windows we offer them to peer through? Once again we are teetering on a precipice, trying to balance the pressures of being open-minded while staying true to our heritage and our religion, and trying not to lose anyone along the way.

I don’t see myself in the media or books, and that’s okay. I am Cindy, Darlene, and Barbie. I am a black woman from Nigeria and a chassidishe boy from Brooklyn. I am everyone and no one, and someone in between. My mind is a house filled with windows, doors, and mirrors. I float seamlessly through them at will, trying on and discarding, learning, growing, and forever, forever dreaming. 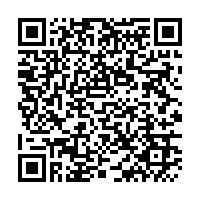