Many people repeatedly ask why “the West” — meaning European countries, the European Union and the United States — sits by idly and does not lift a finger to intervene to end the war crimes and crimes against humanity now being committed against Arab and Muslim people.


The present chaos [fitna] now includes the slaughter in Syria, the endless attacks in Iraq, the terrorism in Afghanistan, the bloody confrontations in Libya, Algeria, Tunisia, Egypt, Yemen, the Sudan and everywhere else there are Muslims.

The reluctance of the West to participate in these disputes has enraged many people, who continually harp on the failures of “the West.” We Arabs have become spoiled, self-indulgent, accustomed to the good life — and slightly delusional: we really do think that someone else has to do our dirty work. Since the West continually attempts to bring order and democracy to the people of Islam, we tend to forget that this is not the West’s job.

We have become accustomed to seeing Americans killed for us in Iraq and Afghanistan and Pakistan. When you look at the Arab states, paralyzed by the catastrophe in Syria, it is hard to understand why the Arabs expect the Americans to clean up this mess.

I am happy that the West does not interfere, and instead makes do with criticism and threatening sanctions. We have to bring ourselves a genuine Arab Spring, without foreign help. We have to plant and water the tree of democracy in the lands of Islam with our own hands, independently.

I am happy that the Western world, led by U.S. President Barack Obama, has not lifted a finger. It is clear the problem is not that he doesn’t want to, but that he cannot. American public opinion will not stand for more massive loss of American life and economic damage in wars other people should be fighting, even if those wars will seriously influence the fate of the West. For that reason at least, Obama made the right call when he said he would direct the battles from the rear: he had no other choice.

We are all lucky he had no other choice. This is the only way the affairs of the Middle East will resolve themselves on their own. Authentic revolutions take place on the front lines, not in the rear. If the desire to rule the roost really were the uncomprehending, hypocritical and condescending world view of the current U.S. administration — because of which we lost the Egypt of Mubarak, and because of which Iran and Turkey are now Islamist countries — we would not accept the revolt of Egyptian General Abdel Fattah el-Sissi, which saved the world from radical Islam. The revolt was successful only because it was our good fortune that Sissi did not surrender to the infantile dictates and blackmail of America and the European Union.

It is the lack of American action that will cause the situation to right itself in Egypt, Syria, North Africa and other centers of unrest in the Arab-Muslim world. The naive fantasies of American and European advisors must not be allowed to interfere with real and necessary processes in the Middle East. We watched, uneasily, as the West — because of its crude and bungling interference, mistakes and amateurishness — helped bring radical Islam to our region. It is a genuine shame that because of Western weakness the forces of darkness and even reaction in China, Iran, North Korea and Russia gained the upper hand and harmed soldiers and innocent civilians.

When I see Obama stand behind the podium in the White House delivering yet another speech, I am convinced that words, or perhaps a few inconsequential strikes, like President Bill Clinton’s retaliation for the 1998 bombings of the U.S. embassies in Kenya and Tanzania, are the most a weak president is capable of. When I hear the U.S. call on the seething Arab-Muslim world to take stock of itself, in the name of an imaginary democracy which can never be implemented in our corner of the world, and when I hear it spout condescending ideological nonsense not only divorced from local reality but harmful to American interests, I am reminded of one of the early Muslims, a companion of the Prophet Muhammad (S.A.A.S), a man named Bilal bin Rabah. 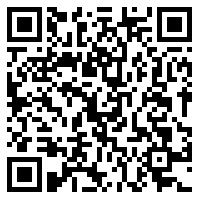