On Tuesday afternoon, Arabs in Hebron threw stones and shot slingshots at homes in Beit Hadassah and Beit Schneerson.

Arabs have also been throwing stones at cars in Gush Etzion, and at a bus near the Old City’s Damascus Gate.


In the Binyamin region, Arabs have been throwing firebombs at cars on the road.

The fire department is putting out fires around Hadassah Hospital on Har Hatzofim that Arabs started in a mini-riot. 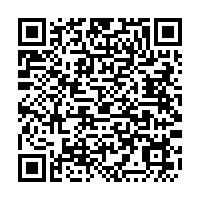