Dating back to the International Conference against Racism in Durban, South Africa in 2001, many of the human-rights organizations that the public turns to for objective data have increasingly not been part of the solution, but part of the problem. With 1,500 organizations present, the Durban conference transformed itself into a hate-fest that sparked the Boycott, Divestment and Sanctions (BDS) movement, and imbued the attendees with a particular sort of ancient loathing.


The most flagrant recent example is Amnesty International. On April 10, The New York Times published a story about a Gazan activist, Rami Aman, 38, who runs a group titled “The Gaza Youth Committee.” He had posted an invitation to Israelis on Facebook saying, “Meet Gazan Activists,” describing the event as, “Finally an opportunity to speak with Gazans who not only do not hate us, but who are working tirelessly to open channels of communication between Gazans and Israelis.”

Mr. Aman was summarily arrested and hasn’t been heard from ever since. His crime? Conducting a Zoom meeting between Palestinians and Israelis.

Iyad al-Bozom, a Hamas spokesman, charged him with the crime of “holding a normalization activity” that he says “is a betrayal of our people and their sacrifices.”

Even more disturbing is that the person who had “snitched” on Rami Aran, Hind Khoudary, is employed by Amnesty International as a research consultant. Ms. Khoudary wrote on her Facebook page, “the worst sin any Palestinian can commit is normalization; which is any joint activity between Palestine and Israel. In other words, any form of joint activity, cooperation or dialogue with Israelis is unacceptable, even engaging with Israeli ‘Peace Activists.’ These actions are collaboration with enemies of us, the Palestinians.”

Amnesty International lists its mission on its website as: “We work to protect people, wherever justice, truth and dignity are denied. Amnesty International is a global movement of millions of people demanding human rights for all people-no matter who they are or where they are.”

Unless, of course, you would like to see “normalization” between Palestinians and Israelis.

How can a so-called human-rights organization such as Amnesty International employ an individual who is so imbued with hatred? Where is its objectivity?

Yet this sort of overt bias against the State of Israel is nothing unusual for a multitude of organizations that hide their aversion to Israel and the Jewish people behind the sanctimonious shield of human rights.

Of course, if Mr. Roth were a bit more intellectually honest, he would understand that 14 years ago, Israel made the internally gut-wrenching decision to disengage from the Gaza Strip, which pitted Jew against Jew. Many Israeli soldiers were ordered to evict Jews from their homes. Rabbis had said they would leave the synagogues to be turned into mosques because “after all, we all pray to the same God.” Jews left greenhouses intact for the Palestinians because they wanted “the nascent Palestinian state to have some sort of an economic infrastructure.”

Yet the minute the blue-and-white flag was lowered and the last Israeli soldier left, all of those synagogues and greenhouses were razed in a frenzied atmosphere of chaos and antipathy.

There was a brief power-sharing arrangement between Fatah and Hamas. Then, in 2007, a brutal battle between the two factions ensued. Hamas was victorious and has ruled Gaza since.

Again, on March 15, Mr. Roth tweeted: “The coronavirus will test the wisdom of Israel’s policies for crippling the economy and health systems of Gaza and the West Bank. As the occupying power (for Gaza, too, given Israel’s severe restrictions on movement), Israel is responsible for health care.”

The truth is that a division of the Israel Defense Forces, COGAT (the unit for Coordinating Government Activities in the Territories), has been providing Palestinians in Gaza with testing kits and has helped with the training of medical personnel there. The same is true in Judea and Samaria, and for a while, the Palestinian Authority was cooperating with the IDF to prevent the spread of COVID-19. Those efforts have gone back and forth, particularly as Ramadan is approaching.

As COGAT’s Civil Administration Health Coordinator Dalia Basa said, “bacteria and viruses do not stop at the border, and the spread of the dangerous virus in Judea and Samaria can also jeopardize the health of the residents of Israel. COGAT and the Ministry of Health will continue working to help the Palestinian authorities curb the spread of the virus in the territories—both as an Israeli interest and for humanitarian reasons. We will expand medical training to Palestinian personnel as much as possible, as well as the transfer of medical equipment to the Palestinian healthcare system.”

The distortion by human-rights groups amounts to nothing more than a blood libel. This pandemic is a modern-day example of how disease going back to the Black Death in Europe and the Near East—beginning in 1346, when Jews were first accused of poisoning the wells—have been used to promote hatred against the Jewish people.

From experience, we have learned that too many of these self-appointed monitors of human rights are themselves guilty of promulgating the oldest hatred known to humankind: anti-Semitism, a virus that has endured a great deal longer than COVID-19, and for which there is no known antidote. 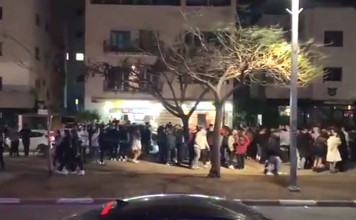 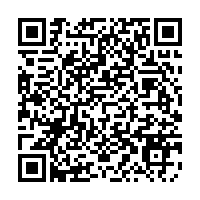