The Terumas HaDeshen (responsum 211) writes that since sakanah (danger) is more serious than issurim (prohibitions), beis din must distance people from sakanah just as they do from issur. Thus, it is clear – as numerous rabbanim have already publicly stated – that every child possible must be vaccinated to stop the deadly measles outbreak in the frum community.

Yet, some people – even amidst this dangerous outbreak – have embarked on a PR campaign to scare Jews away from vaccinating their children, arguing that vaccines carry dangerous side effects. Some are even downplaying the dangers of measles. How do we account for such irresponsible activism?


Although I personally have always supported vaccinating children against deadly diseases, I never studied the issue until the recent measles outbreak. With an open mind, I sought out anti-vaccination proponents, some of whom I am quite friendly with. In doing so, though, I was repeatedly shocked by the sheer arrogance and recklessness some of them evinced as well as inconsistencies in their own arguments.

And yet, many do seem take it lightly. I asked someone who listened to dozens of hours of a prominent anti-vax phone hotline if he ever heard the speakers on this line warn listeners not to spread measles to others. The answer was no.

(Their recklessness is so stark that one almost wonders if it derives from a desperate attempt to – at all costs – salvage the anti-vax movement, which is on the precipice of a major setback as it becomes clear that the fault for the current measles outbreak rests on its shoulders.)

Many of them cry foul when the government or principals bar their children from attending school, but do they really expect to be trusted to keep their non-vaccinated children away from others on their own accord? The flippant, even bizarrely reckless attitude some anti-vax propagandists display doesn’t do much to instill confidence in them.

How does one explain the zeal of extreme anti-vax advocates? Why do they reject scientific evidence with such confidence, even religious fervor?

To answer this question, one must examine the source of anti-vaccination propaganda. Once one does so, one quickly discovers that many vocal anti-vax propagandists also “coincidentally” share another predilection: an ideological bias towards anti-scientific New Age “alternative” health practices and products.

These anti-vaxxers aren’t shy about it. Many have gone out of their way to publicize their bizarre New Age beliefs and affiliations, which include Taoism, Reiki, Buddhism, the Sun Salute in Yoga, arm-flapping alternative kinesiology, Theosophy, and Christian Lemoges. To say that these belief systems and practices are un-Jewish in nature is an understatement (see Rav Belsky on Alternative Medicine: New Age Medicine – Energy Healing).

One movement in close physical proximity to Orthodox communities (in Rockland County) is known as the “Waldorf School,” which is part of Anthroposophy, a New Age sub-movement. Anthroposophy is a direct offshoot of the Theosphical Society, the “grandmother” of the New Age movement, whose third leader, Alice A. Bailey, writes of the importance of “the gradual dissolusion…of the Orthodox Jewish faith” (Externalisation of the Hierarchy, p. 544). Elsewhere (Esoteric Healing, p.383), Bailey writes explicitly that YKVK (i.e., Hashem) “is not God.” Indeed, New Age conceptions of G-d are, in many ways, directly opposed to the Jewish conception.

The untold story behind this measles outbreak is that many of the most energetic and extreme anti-vaxxers are associated with non-Jewish, nay, anti-Jewish New Age movements. It is the advocates of such movements who are most responsible for the recklessness leading to the measles outbreak.

G-d, of course, runs the world, and every bullet has its address. But that doesn’t absolve evil people from choosing to shoot people for no good reason.

And we should also pause and think: What if anti-vaccination hysteria causes a Jewish child to infect a non-Jewish one, leading to the latter’s death? If that, G-d forbid, occurs, all of us stand to pay the price, r”l.

Perhaps, then, Hashem is showing us with this epidemic the grave harm a tiny nucleus of kofrim can cause. And perhaps we can now understand why the Rambam writes that addressing the dangers posed by heretical missionaries is “the greatest need of mankind” (Mishneh Torah, Hilchos Tefillah 2:1). 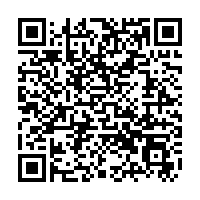