The Greek philosopher Heraclitus believed that reality is ever in flux. “You cannot step into the same river twice,” he taught, emphasizing that the only constant is change.

In this political season, everyone wanted to be the candidate of change. But on election night, that mantle clearly belonged to Barack Obama.

Change was the mantra of this election, and change is what brought Obama to the White House. America’s capacity for change is different from the kind that exists in other countries, where change connotes a complete rupture from the past.

Change in America is a continuing American revolution, rooted in the principles of the founders, a search for a more perfect union.

Those two ideas – the need for change, but a search for something better rather than complete revolution – found expression in Obama’s elegant words on election night in which he reminded us that the dream of the founders is very much alive in our time.

This election has special meaning for me because my cousin, Julius Genachowski, is an old friend and a longtime adviser of Obama. Julius was very active in the successful campaign and now is a member of the transition team. He and Obama attended Harvard Law School together in the early 1990s. They attended each other’s weddings and have remained close to this day.

Julius attended yeshiva through high school and studied in yeshiva in Israel before going to Columbia and then Harvard, where he met Obama. Julius later clerked for Supreme Court Justice David Souter. Obama and Julius bonded in part because both were outsiders – one a former yeshiva boy and son of immigrants, the other an African American with international roots.

Julius tells me Obama has always been able to relate to the Jewish experience because of his own background as well as the African-American experience of slavery and discrimination. Julius knows that part of Obama’s agenda is to heal the breach between Jews and blacks and to restore the close ties that existed during the civil rights movement.

Obama affirmed those ties at the AIPAC Policy Conference in June:

In the great social movements in our country’s history, Jewish and African Americans have stood shoulder to shoulder. They took buses down south together. They marched together. They bled together. And Jewish Americans like Andrew Goodman and Michael Schwerner were willing to die alongside a black man – James Chaney – on behalf of freedom and equality. Their legacy is our inheritance.

Julius also surely enjoyed these words from Obama at the conference:

I have been proud to be part of a strong, bipartisan consensus that has stood by Israel in the face of all threats. That is a commitment that both John McCain and I share because support for Israel in this country goes beyond party.

Obama later said, “Those who threaten Israel threaten us,” and “I will bring to the White House an unshakeable commitment to Israel’s security.”

Over the past eight years the American brand has been eroded and its prestige in the world diminished as we have become a go-alone nation, now with an economy in crisis. If America is weakened, Israel is weakened. When people asked me whom to vote for, I would respond, “Vote for the person you think is best for America. He is the person who is best for Israel.”

To those who say – and did so vociferously during the campaign – that Obama is too young and inexperienced to accomplish these goals, that he makes great speeches but that words are not enough, I would counter not to hold Obama’s age and oratory against him.

Before Obama, only three U.S. presidents had been elected in their 40s – Teddy Roosevelt, John F. Kennedy and Bill Clinton – and all brought their intellect and vigor to the art of governance.

They also were gifted speakers. Abraham Lincoln proved that words can save a nation during wartime; Franklin Roosevelt re-taught that lesson during a subsequent time of crisis. 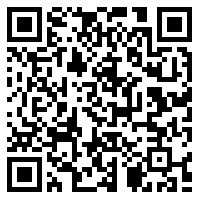