Israeli media coverage of the country’s post-election coalition negotiations has included, as a persistent subplot, reports of efforts to advance, in the face of the potential indictments against Israeli Prime Minister Benjamin Netanyahu, agreement on greater legal immunity for serving Knesset members. Much ink has been spilled on the argument that legislation in this vein would be an abuse of power, an assault on the rule of law, a victory for corruption, a blow to Israeli democracy.

Beyond noting the prime minister’s assertions of innocence of criminal wrongdoing, however, relatively little has been written recently questioning the merits of the cases against him.

Just prior to the attorney general’s announcement in late February of plans to indict the prime minister on charges of bribery and breach of trust, Alan Dershowitz, emeritus professor at Harvard Law School and a leading constitutional scholar, published several pieces warning that such indictments would present a threat to Israel’s democracy.

Dershowitz argued that none of the claims against Netanyahu entail a clear violation of any law, and that “no one should be charged with a crime unless he has willfully crossed a bright line and plainly violated a serious criminal statute. To bring down a duly elected prime minister on the basis of an expansive and unprecedented application of a broad and expandable criminal statute endangers democracy.”

Two of the cases being pursued by the attorney general involve Netanyahu’s interactions with media figures. Of these cases, Dershowitz noted more specifically that “the relationship between politics and the media—and between politicians and publishers—is too nuanced, subtle and complex to be subject to the heavy hand of criminal law. … To empower prosecutors to probe these mixed motivations is to empower them to exercise undemocratic control over crucial institutions of democracy.”

Dershowitz’s arguments focus on what he perceives to be dangerous expansions of prosecutorial authority. Others have suggested the attorney general’s stance is problematic because it is politically biased. They note that many Israeli politicians have engaged in the same activities without incurring criminal charges. Dershowitz addressed the question of politically based prosecution of Netanyahu almost two decades ago.

The potential for prosecutorial abuse largely derives from the fact that Israel’s Supreme Court has for several decades been ideologically biased and at the same time uniquely activist and political compared to similar courts in other Western democracies.

Its political partisanship and discrimination have long been recognized by much of the public and have translated into significant public distrust. In a poll conducted by the Maagar Mohot Institute and published November 11, 2011, only 14 percent of respondents believed the Supreme Court represented all elements of the nation, while 51 percent believed it did not. By 54 percent to 46 percent those polled viewed the court as politically slanted. Of the 54 percent who declared the court politically biased, 75 percent said they saw it as slanted in favor of the left.

The Supreme Court’s ideological bias has been rendered much more consequential by its activism. The court has assigned to itself the right to pass judgment on and veto acts of the elected legislature. It claims the right to do so in the context of its supposed role as enforcer of the precepts of the constitution. But Israel, of course, has no constitution. It has basic laws, and the Supreme Court has allowed itself the greatest possible latitude in interpreting these basic laws. One consequence of the court’s activism is its encouragement of expanded prosecutorial authority.

Both the ideological bias of the court and its assumption of such transcendent powers were codified by Aharon Barak during his years at the helm of the Supreme Court (1995-2006), and have remained essentially intact since then.

An earlier Supreme Court president, Moshe Landau, said of Barak’s arrogating to the court such power, “I think [he] has not, and does not, accept the rightful place that the court should have among the various authorities in our regime.” Landau saw Barak striving “to interject [into all areas of Israeli life] certain moral values as he deems appropriate. And this amounts to a kind of judicial dictatorship that I find completely inappropriate.”

There is yet another key contributing factor to the patterns of anti-democratic authoritarianism and political bias in the judicial and broader legal system: Israel’s judicial appointments committee.

The committee is responsible for all of the nation’s judicial appointments, including to the Supreme Court. It consists of nine members: the chief justice and two other Supreme Court justices, two members of the Israel Bar Association, the justice minister, one other cabinet minister chosen by the cabinet, and two Knesset members, usually one from the ruling coalition and one from the opposition.

The dominance of the committee by members either on the Supreme Court (the committee’s largest single bloc) or representing the IBA means that the committee serves almost inevitably as an instrument of self-perpetuation for the political predilections of the nation’s highest court. The committee is set up in a manner that virtually assures it appoints new members to the Supreme Court, and in large part to other courts, who share the political perspectives of those currently holding the nation’s highest judicial positions. While a few appointments to the Supreme Court in recent years have deviated somewhat from the 15-member court’s groupthink, the basic pattern remains unchanged.

The circumstance of prospective judges having to embrace particular political views in order to enter the judiciary or to advance within it means that the entire legal “food chain” is skewed by the pressure—on those within the legal profession, including prosecutors, who aspire to such positions—to establish a professional record reflecting the favored views. Individuals in the profession who harbor such aspirations may resist that corrupting pressure to a greater or lesser degree, but the pressure is there.

The Israeli media rarely address the threat to the nation’s democracy represented by a judicial and broader legal system that has successfully usurped legislative and executive authority and wields that authority essentially beyond the reach of elected officials. This silence is matched by that of Israeli academia and elements of the nation’s cultural and political elite. It is a reflection of the circumstance that the Israeli left, largely excluded from government coalitions in recent decades, sees the courts and other elements of the legal system as its means of wielding national power even while consistently losing at the polls.

Nothing in Israeli governmental institutions represents as great a threat to the state as the elements of Israel’s “judicial dictatorship.” Indeed each element is itself a profound threat: the assumption of transcendent power over the legislative and executive actions of the nation’s elected officials; the political bias with which that power is exercised; and the establishment of a self-perpetuating regimen for court appointments.

Will Israelis, courageous in so many respects, find the courage to remedy this situation? Will they reestablish a judiciary that conforms to democratic norms and to a genuine system of checks and balances among the branches of Israel’s government? The future of Israel’s democracy depends on their doing so. 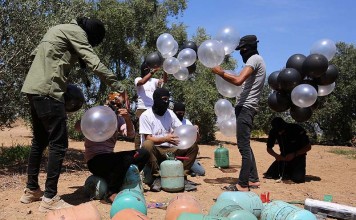 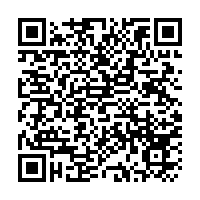