The Tel Aviv District Court awarded 500,000 shekel ($140,000) to a Haredi woman, the mother of 13, who suffered a brutal persecution campaign over her divorce: demonstrations in front of her house, pashkvilim (hate leaflets) signed by well-known rabbis which accused her of running a brothel, and a fire that was set to her apartment while she and her children were inside, Takdin reported on Monday.

The judge recognized that these events caused the plaintiff a permanent disability, and ruled that the defendants, including her former husband—a reporter for Maariv, and some of the rabbis who took part in the witch hunt, were ordered to compensate her.

In 2011, the plaintiff divorced her husband and the father of 11 of her children, at the end of a difficult and painful process during which the welfare authorities were asked to intervene. After the divorce, the plaintiff began a relationship with a new spouse, a foreign resident.

In reaction to the relationship between the plaintiff and her spouse, pashkvilim began to appear on the billboards in her neighborhood, including some signed by respected and well-known Jerusalem rabbis. The leaflets, which bore the plaintiff’s full name and address, condemned her alleged life of ill repute, accused her of running a brothel in her apartment and of pimping out neighborhood girls. The leaflets called for her removal from the neighborhood to keep the commandment of “Thou shalt remove the wickedness from your midst.”

Meanwhile, a number of articles about the plaintiff appeared in Maariv NRG and Kikar Hashabbat, accusing her of running a brothel in her apartment. Maariv NRG also claimed that she neglected her children and was working as a driver transporting illegal aliens.

According to the report, no one disputed the fact that as a result of the campaign the Plaintiff became an outcast in the neighborhood, men began to knock on her door hoping to get the purported services, and passersby spat at her as she passed through the streets.

No one also disputed that following the pashkvilim a stormy demonstrations were staged by the Haredi public, called for the plaintiff to leave the neighborhood, demonstrations that required police intervention.

Then, in late 2012, there was a deliberate arson in the Plaintiff’s apartment, and she and some of her children were caught in the burning apartment and were eventually rescued by firefighters. This arson followed an earlier, failed attempt to burn down the apartment with its dwellers.

Finally, the plaintiff succumbed to the pressure, sold her share of the apartment and left the neighborhood. She then filed a monetary claim against her former husband, the reporters and websites that published the shaming articles about her, and a few of the rabbis who signed the hate leaflets.

Judge Yehudit Shevach ruled that the events detailed in the lawsuit, which had spread over many months, culminating in the arson, damaged the body and soul of the Plaintiff and caused her permanent disability. Accordingly, all the defendants were found liable to the plaintiff for the amount of compensation awarded – half a million shekel, jointly and separately (the rabbis will bear the damage together as one unit). The judge added legal fees in the amount of 62,500 shekel ($17,500), as well as expert witness and court fees. 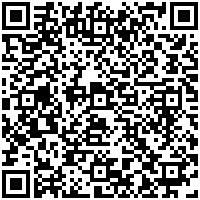