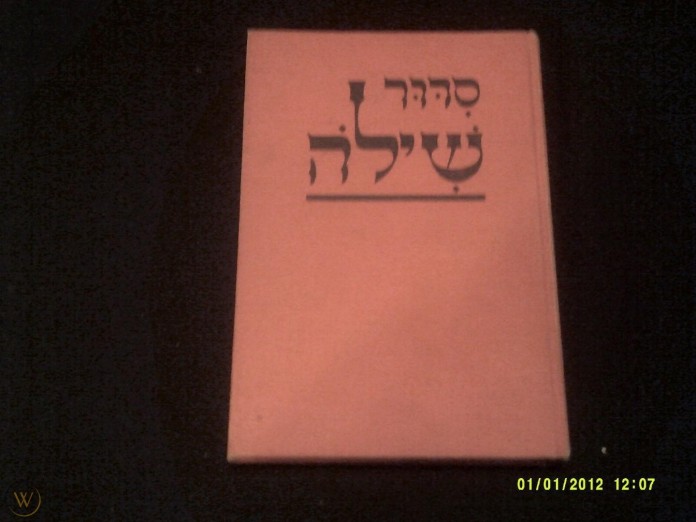 About a year ago, Hey Alma published an essay about a new “nonbinary” siddur—prayer book—called “Siddur Davar Hadash,” created by trans Jew brin solomon (who uses it/its pronouns and, for some reason, lowercase letters).

Davar Hadash, which literally means “a new word,” strives to be a siddur “for everyone,” especially “people who have felt excluded by the traditional language or prayer.”

To this end, Davar Hadash uses nonbinary pronouns for God, replaces all prayers that yearn for Zion or Eretz Yisrael with prayers that “yearn for a full decolonization of the world” and makes countless other alterations to bring Jewish tradition in line with modern notions of gender, politics and theology.

Even passages from the Torah, such as the Shema, have been reworked to fit the political/social agenda of the siddur’s architect.

While the Davar Hadash project is extreme, it isn’t unique. It is essentially just a more dramatic version of what the Reform and Conservative movements have done with the siddur, which is to rewrite prayers with modern political and social considerations in mind.

I’m not here to condemn this practice of updating prayer for modern sensibilities. I will, however, explain why it doesn’t speak to me, and why I personally have chosen to stick with an Orthodox siddur despite not being an Orthodox Jew.

The brilliant historian of religion Karen Armstrong makes the case that humans apprehend the world in one of two modes. The mode of logos—logic—is what allows us to think rationally, objectively and strategically. The mode of mythos—myth—is what allows us to think creatively, analogically and associatively. Logos gives us science and history. Mythos gives us art and religion.

One is not superior to the other. “Logos was essential to the survival of our species,” Armstrong writes, “But it had its limitations: it could not assuage human grief or find ultimate meaning in life’s struggles. For that people turned to mythos or ‘myth.’”

The problem comes when we try to use the tools of logos to confront a mythic reality, or vice versa.

In Armstrong’s analysis, we live in an era of logos. Our mythic minds have atrophied, and we have come to view even matters of the spirit through the lens of hard logic. The result has been increasing atheism on the one hand, and the rise of fundamentalism on the other.

For Armstrong, atheism and fundamentalism are two sides of one coin. In both cases, people look at scripture through the perspective of logos, which renders it a flat, literal, doctrinaire document. The only difference is that one group rejects it and the other accepts it.

It seems that a certain fundamentalism is at work when we try to make our liturgy “align more closely with our values.” The very notion is noxiously literalist. Prayer is a matter of mythos. Like poetry, it speaks in the language of metaphor and symbol. To try and make it suit our modern sensibilities about gender and geopolitics is as absurd as erasing all references to the “corners of the earth” from the Torah because we now know that the earth is round.

This doesn’t mean, however, that I’m opposed to the creation of new prayer. I see no reason why our ancestors should have a monopoly on this dimension of religious life. That said, before we create new prayers, we must first understand where prayer comes from.

Surely, such words come from the murmuring deep of the mythic imagination, not from the studied, inoffensive, political sloganeering of our spiritual forebears.

If we want to create a new liturgy that stands a chance of becoming a lasting, vital contribution to Jewish spiritual life, we will not achieve this by going through the siddur with a red pen. This Orwellian impulse would scrub our tradition clean of all that is lurid, mysterious, outrageous, challenging, vivid and beautiful. Rather, we will achieve this by diving into the mythic deep as our ancestors did. Only then will we find new realms of spiritual expression and utter at last a new word.

{Written by Matthew Schultz and reposted from JNS}