Israel’s just desserts have finally arrived (or not). For decades, ice cream was shamelessly sold in illegal, Jewish-only settlements in the Occupied Palestinian Territories (namely, the West Bank and East Jerusalem), transported on Jewish-only roads, on trucks with Jewish-only license plates, and passing easily through military checkpoints that bedevil others. And now, after the long and righteous complaint-filled hard-fought pressure campaign brought by we the WOKE members of the ‘Boycott Ben and Jerry’s Until It Boycotts Israel’ movement, Ben and Jerry’s Israel CEO Avi Zinger is being forced out of his licensing agreement. His stubborn refusal to obey our desire that he cease selling cold treats to Palestinians or Israelis based on where they live is his own undoing.

If we haven’t yet made ourselves clear, as the leaders of this movement, we are pleased as punch. Our inability to pinpoint the historical country of Palestine that existed on a map and was overtaken by Jewish colonialists doesn’t faze us in the slightest. And please calm down: Anti-Zionism has nothing to do with anti-Semitism because Israeli government action is entirely unrelated to Jewish identity. This protest was brilliantly conceived by a host of organizations calling out Israel for its ‘Jewish only’ stance. Because let’s face it, we’re talking about a racist state where Arabs are severely lacking in civil and political rights while sitting in government.


This boycott was too clever for words, as it targeted the West Bank specifically, and therefore no one can say that it wasn’t justified in its fight against the Occupation. Well, that’s what we thought originally, but now we see just how wonderfully this whole BDS thing turned out. And the cherry (Garcia) on top? Ben & Jerry’s, in its refusal to sell to parts of Jerusalem and the West Bank, actually forced its Israeli licensee to boycott Israel fully. This de facto boycott of the entire State is an unexpected reality! That’s because the parts of Jerusalem and the West Bank initially targeted by our efforts are considered Israeli territory – and fortunately – boycotts of Jews or Palestinians are illegal in Israel when done by location. “So unless Ben & Jerry’s finds someone willing to violate the law and go against Israeli and US public policy, there will be no Ben & Jerry’s anywhere in Israel when my current license ends at the end of this year,” Zinger explains as he prepares to pack up his freezers. That’s the only cold option. And we couldn’t be happier. 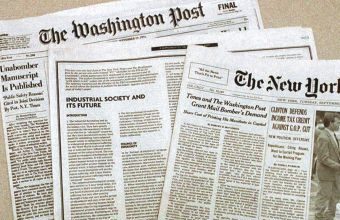 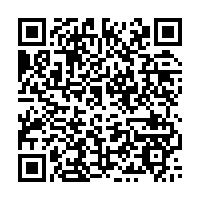