After davening this past Shabbos, a morning that included a fantastically energetic and joyful Aufruf of a boy from our Shul on the eve of his wedding to a girl from our Shul, someone sorrowfully said to me, “Rabbi, tomorrow two kids in our Shul will get married, and one will be buried.” That painful comment summarized what was a complicated and excruciatingly difficult day that included highs and lows and multiple life cycle events, not only for me but for several people whose day was very full and very emotional.


On Sunday afternoon, our community gathered to say goodbye to our beloved Corey Reichenberg a”h, a brave, tenacious, spunky, and special young man.  Since the age of three, Corey battled Duchenne muscular dystrophy. Shortly before his Bar Mitzvah, he began to need a wheelchair.  Corey never felt sorry for himself, never took advantage of his disability, and never let it bring him down.  He was funny, friendly, and focused on living life to its fullest.  He didn’t know how long he would have in this world, but he did know that whenever he left it, he wanted to have made it a more beautiful place, and he most certainly did.

The funeral was heartbreaking, and the beautiful tributes offered by his father, sisters, and friends brought tears to everyone’s eyes.  The way the timing worked out, I needed to go directly from the cemetery to a magnificent wedding of two special souls from our Shul.  The black suit I wore worked for both the funeral and wedding; the only thing that needed to be changed was my tie.  (In semicha, Rabbi Lookstein taught us the art and importance of wearing a funereal tie)

Changing one’s tie is easy, but changing gears from a tragedy to a celebration, from the death of a young person to the celebration of a marriage between young people, is much harder.  When I arrived at the wedding venue and parked, I changed my tie but still couldn’t get out of the car.  I sat there trying to pivot my emotions.  To be honest, I was somewhat conflicted – Is toning down simcha in light of a tragic loss fair to the celebrants?  Is unleashing unbridled simcha respectful to the grieving family and to the honor of the neshama that was just lost?  How does one compartmentalize feelings? Is there a way to honor both the high and the low, the joy and the sorrow?

I have had to compartmentalize countless times in the rabbinate, fluctuating between events, conversations, and meetings, but nothing was as intense as the contrast and immediate juxtaposition of these two occasions.  As I sat there struggling, it occurred to me that I had just heard the answer at the funeral, twice.

I want to tell you that Thursday (when Corey died), as difficult and as painful as it was, it was not as bad as the day 21 years earlier when we received the diagnosis that our beautiful, sweet 3-year-old had an incurable disease, Duchenne muscular dystrophy. We were devastated, but it so happens that on that very evening our friends had an Upsherin for their son. We decided then and there that we would not shut off from the community but rather we would make our life with Corey as normal as we could. We went to that Simcha.

I had a strong suspicion I knew whose upsherin it was.  Twenty-one years prior, there had been a wonderful, elaborate celebration by someone I knew was their friend.  Immediately following the funeral, indeed that father gave Ed the biggest hug and said, “I had no idea, you were so happy for us that night, you added to our celebration. I had no idea what you were going through that very day.”

It was the hardest day of their lives. They had received the devastating news that radically changed their lives forever.  If ever there was an excuse, and if there was an event one could get out of, it was an upsherin on a day you learned your child that same age had a significant disability.  But Corey’s parents made the conscious and mindful choice to live life, to show up, to choose to be happy, even while still finding time to be sad.

It wasn’t just that day and for the event that night, it is who the Reichenbergs are.  In her eulogy, Corey’s sister Naomi shared:

The best story to describe my parents’ unwavering strength goes as follows. We were at a conference for muscular dystrophy in Baltimore, Maryland, and it was the final night of the conference. I was only about eight years old and the founder of Parent Project Muscular Dystrophy, Pat Furlong, was speaking. Pat had two boys who had passed away from Duchenne which is why she started the organization. She was speaking about her boys and she mentioned their deaths.

Naive little Naomi turned to her parents in disbelief. “Corey’s gonna die?” I uttered those words with the utmost shock. I ran out of the ballroom in tears and my mom ran after me. I went into a bathroom stall and she followed. She came in and I expressed to her how I wish I could have at least found out differently. She told me she wished the same.

She then went on to say, “Naomi, I know this is hard and you’re sad because he’s your brother and you love him but we can’t be sad all the time.” She said, “You’re gonna wipe your tears and you’re gonna go back out there and we are gonna give Corey the best life possible and the happiest life possible in the time he has because otherwise, it’s not worth it. Otherwise, life wouldn’t be worth living. If we aren’t giving him and everyone around us a fulfilled life, there is no point in this nisayon (test).” From that moment forward I was determined to bring happiness to everyone around me. All because of my mom’s superhuman strength, I was then able to realize what I love doing most, making others happy. Their strength specifically over these last few months has been unwavering.

Our Parsha describes the details of the laws of Tzara’as, the spiritual leprosy that can afflict a person, their garments, or their home.  If an article of clothing develops a questionable affliction, the Kohen quarantines it for seven days and then examines it to see if the blemish has spread.  If it has, the garment is burned, but if it hasn’t, it is washed and locked up for seven more days to see if the affliction has dimmed.

The Torah describes that the Kohen looks at the garment to see if “hafach ha’negah es eino,” did the affliction change its color.  The Imrei Emes suggests that the Torah isn’t describing the garment or affliction, but is talking about the Metzora, the individual.  Did this person going through a difficult situation change his perspective?

Rav Leib Lopian, Rosh Yeshiva of Gateshead, points out that the letters in the words “nega” – affliction – and “oneg” – pleasure – are identical. The only difference between them is where the letter ayin appears. Shlomo HaMelech, the wisest of all men, writes that “he’chochom einav b’rosho” – a wise person places his eyes in front (Koheles 2:14).  It has been suggested that on a deeper level, Shlomo was telling us that the wise person put the letter ayin in the beginning, chooses to live with oneg, happiness, even if they are struggling with a negah, a challenging time.

Corey’s disability and so many other challenges people confront are certainly not negaim, they are not afflictions, but the insight remains relevant and inspiring nonetheless.  Like Corey’s family each of us has a choice of where to put the ayin: will we focus on the negah, what is going wrong, or on oneg, what is going right, even with the tests.  To be very clear, this is not to God-forbid judge, look down on, or be critical of anyone who is genuinely struggling with managing difficult challenges, or staying positive while facing trying life circumstances. Rather, we can admire and learn from people who are able to find the extraordinary strength to see the oneg while understanding and empathizing with those who are having a hard time seeing past the negah. (This lesson is particularly relevant for those a step removed, who aren’t themselves going through the challenging circumstances.)

And that is what I realized sitting in the parking lot outside the wedding. If the Reichenbergs could pivot on that day 21 years earlier, certainly I could transition to enjoy the wedding that evening.  The choice to compartmentalize is not disrespecting or being insensitive to a crisis or loss or to someone you love.  It is finding the resolve to push through, to choose to live life, to put the ayin b’rosh, to change not only our tie, but also our outlook. 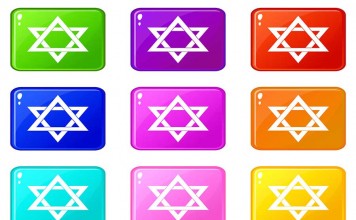 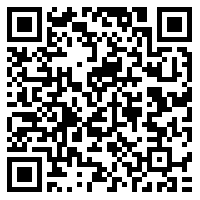