It’s hard to overstate the significance of this morning’s events and the humiliation the new government suffered on such a critical issue. After they agreed to embarrassing concessions to Ra’am leader Mansour Abbas and Meretz that punched holes in the citizenship law and abandoned the security of Israeli citizens to the political whims of the non-Zionist and radical left-wing entities who are their coalition partners, it still turned out that the fragile coalition they formed didn’t have the necessary majority even to pass it. The Opposition call about “a dangerous government” took form this morning, and seems more palpable than ever. For the first time, a government has been formed in Israel that is incapable of protecting its citizens’ security.

After trying to blame the Opposition, accusing it of failing to cooperate and acting against the interests of the country, no less, senior government officials – namely Prime Minister Naftali Bennett and Interior Minister Ayelet Shaked – realized that a country can’t be managed by crying and started to gather a coalition majority for the vote.

This was a start in the right direction and an understanding of the massive responsibility that rests on their shoulders. For long hours, over the course of a full night the two worked to security the decisive majority. They met with every rogue coalition MK, made new agreements, made concessions to the wording of the permanent that Shaked had said she would never make, and used all of their political weight.

But it wasn’t enough in the bizarre coalition they lead. The polarization they have tried to obfuscate is what eventually tipped the scales and left members of the government astonished at the stinging failure.

Of course, the coalition will immediately try to foist responsibility for the vote on the Opposition, claiming that political considerations overcame its own interests. And they’ll say that while clinging to power through the insane partnership with Ra’am and Meretz.

If Bennett and Shaked were free from political motivations, they would look the public directly in the eye today and ask for forgiveness. They’d admit they were wrong and dismantle the government by the end of the day. 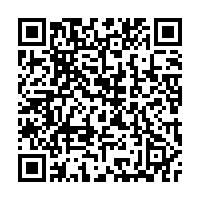