A model of society in which people are forced to worship is completely contradictory to Islam. In fact, it is not the threat of Islam but it is the threat of bigotry that concerns people. If true Islamic moral values were lived in the countries in question, there would be painting, music, art, science, democracy and freedom of ideas and belief, and Christians and Jews as well as others would be enjoying their freedom in the truest sense of the word and living in peace and in safety.

Surely, one of the most debated topics of the day is how Muslims view Christians and Jews, the rights of religious minorites in Muslim-majority countries, and whether there can indeed be democracy, freedom of thought and freedom of worship in Muslim countries. The world is used to seeing people who claim to represent Islam as they preach hatred, promote violence and terrorism while implementing dictatorial regimes and rejecting democracy and civil liberties. But is this true Islam? Do these people faithfully express Islam as we know it from Scripture?

Much of the time, people researching such matters turn to individuals or ideas as a point of reference, and these individuals or ideas are not at all reflective of the true nature of Islam itself. This is a major mistake; it is especially important to differentiate between bigotry supported by the classical rightist propaganda and the true teachings of Islam. In order to shed some light on the matter, it is imperative to understand the outlook of Islam toward democracy and freedom from its source: the Holy Qur’an.

As a Muslim, when I see any pressure put on Christians and Jews, especially in some countries where a majority of the society is Muslim, I feel intensely disturbed about this situation. I would be delighted when people live, trade, travel and pray at ease. And every true Muslim would share the same feelings with me. On the other hand, when the leftists are under pressure, it is equally something that makes true Muslims very uneasy. Thus it is my goal to ensure that everyone lives in peace and lives by their own beliefs sincerely, and to reveal that the persecution perpetrated in the name of Islam is not Islam itself but bigotry.

The rights of religious minorities, or the rights of others are generally an issue of legitimate concern in countries with Muslim-majority populations. However, this concern owes to the fact that true Islam is not being practiced in the countries of concern. Some people who are genuinely unaware of the morality of Islam, or obtain information from innacurate or dubious sources may end up harboring several prejudices and erroneous convictions on this subject. These people assume, for instance, that Islam will limit their lives or freedoms, or perhaps attempt to control their very thoughts or restrict the arts and sciences. The simple fact of the matter is, however, that Islam is a religion that ensures all manner of intellectual freedom as well as the freedom of worship and expression, that takes as a serious matter the rights of those people enjoined under its protection. Indeed, in a model where genuine Islamic morality prevails, Jews and Christians would be in the utmost peace and people from all walks of life, be they Hindus, Buddhists, Taoists, or nonbelievers -regardless of faith, culture or ideology- would be living in comfort as first-class citizens and enjoying their equal rights.

According to Islam, it is not only those who believe in God, but even those who be classified as idolaters are granted asylum and protection, and it is the responsibility of Muslims to ensure that they are allowed to live undisturbed and in peace as well. According to the Qur’an, Muslims are responsible to protect people who worship idols, as these people go from one place to another, even at the expense of their own life. This is an important criteria that Muslims must not be obstacles but rather guarantors of people’s safety and freedom. And Muslims have a God-given responsibility to establish the comfort for all people, whether they are Christians, Jews, Sahabbeans, pagans or else.

Islam forbids not only physical pressure but also the slightest coercion and removes the basis of discrimination. Thus Islam -in its purest form- is not a threat to freedom but the guarantor of freedom. God says “There is no compulsion in religion.” (Qur’an, 2:256) Even though some critical voices would bring forth various interpretations of this verse to oppose me, God’s statement in the Qur’an is quite explicit for a sincere Muslim and leaves no room for doubt. Imposition is incompatible with human honor and it is also prohibited in the Quran. 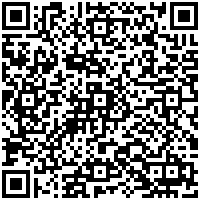