Since its inception in 1948, Brandeis University has been regarded as one of the nation’s finest institutions of higher learning. With a $61,000 yearly tuition bill, students and parents enter the suburban Boston School with the highest expectations.

So it may come as a shock to mom and dad that the university founded to “embody its highest ethical and cultural values and to express its gratitude to the United States through the traditional Jewish commitment to education” has an official university faculty listserv (email list) consisting of prominent professors who promote anti-Semitic stereotypes and have great disdain for America and the State of Israel. First reported by Brandeis student Daniel Mael in Breitbart.com, the “Concerned” listserv was created in 2002 “out of concern about possible war with Iraq.”


Mael wrote, “It contains 92 subscribers, including professors from outside of the university. Participants express their fear and disdain on issues ranging from United States foreign and domestic policy, the ‘American system’ and ‘the Israelists,’ to ‘President “Obomber” ’ and ‘Hillary “Obliterate Iran!” Clinton.’ ”

The free exchange of ideas is tolerated only if those ideas hail from the left side of the political spectrum. “Concerned” co-creator Gordon Fellman explained in a 2009 email: “It is rude to post a recipe for pork roast on a vegetarian listserv or an orthodox Jewish one, or right wing harangues on the concerned list.” Critics argue that the private institution has already engaged in stifling free speech.

Brandeis attracted international attention in April when it withdrew an invitation for an honorary degree from Somali-born women’s rights activist Ayaan Hirsi Ali. A petition protesting the university’s honoring of this survivor of female genital mutilation, as well as one of the hundred most influential people in the world according to Time magazine, was signed onto by 87 professors. “Houston, we have a problem,” explained Brandeis English professor Mary Baine Campbell: “Ayaan Hirsi Ali claims to have had a difficult early life, and it may be true. However, she’s an ignorant, ultra-right-wing extremist, abusively, shockingly vocal in her hatred for Muslim culture and Muslims, a purveyor of the dangerous and imaginary concept, born of European distaste for the influx of immigrants from its former colonies, ‘Islamofascism’ – which has died on the vine even of the new European right wing. To call her a ‘women’s rights activist’ is like calling Squeaky Fromm an environmentalist.”

What students, parents and alumni may regard as the most troubling rhetoric by a “Jewish-founded college” that bears the name of the first Jewish Supreme Court Justice, are emails infused with anti-Semitic stereotypes and Israel-bashing. On June 30th of this year, East Asian Studies Professor Donald Hindley forwarded a newsletter from an anti-Israel group and characterized the Jewish state in the body of his email as “the vile, terrorist Israeli government.”

In a September 12, 2012 email to the “Concerned” list, he blasted the notoriously “progressive,” left-leaning National Public Radio’s coverage of the Benghazi attack, querying:

“Anybody hear this evening’s NPR report on this ‘incident’? Made no mention of the Israeli Jew film creator and his American Jewish financiers. None. But a lot about the Christian cleric. Typical for NPR News, serving what the Israeli government wants us Americans to know and believe – or not know and not believe. Profoundly shameful and anti-American.” The film creator, Nakoula Basseley Nakoula, is an Egyptian-born Coptic Christian.

Hindley is not afraid of invoking Holocaust imagery in his emails and especially in reference to retired university president Jehuda Reinharz. A November 21, 2010 email bears the subject line “The Reinharz Reich in Perspective,” and a December 24, 2009 email refers to the head of the institution as the “Brandeis führer.” 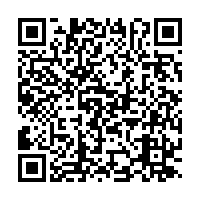