It appears that Tuesday night’s big winner of the Kadima party primary vote, like the Royal house of Bourbon, has not forgotten anything and has not learned anything. On November 11, 2009, the Israel Policy Forum (a NY based American Jewish organization which has been criticized for being pro-Palestinian) hosted a conference call discussion with former Defense Minister and former IDF Chief of Staff Shaul Mofaz, in which he laid down his plan for a Permanent Palestinian State. If you or your loved ones reside in Judea and Samaria – be afraid, be very afraid.

Indeed, over the past few years, Mofaz has been visiting the parts of Judea and Samaria located within the security fence, to reassure residents that their future is safe. Ynet quotes him as saying, in late 2005: “I intend to operate on two issues: The first is to continue to promote the building of the fence in order to provide the citizens with maximum security, and the second is to strengthen settlement blocs, because I believe that the settlement blocs must be strong, together with the Jordan Valley.”

But anyone else, apparently, is fair game. On a visit to Ma’ale Adumim, days before the Kadima vote, Mofaz reiterated that he considered this settlement with its 39,000 residents, near Jerusalem, as “an integral part of Israel’s political agenda.” Meaning, this one gets to stay, others – not so.

The truth is that Shaul Mofaz, who may become Israel’s next prime minister, is as firm on uprooting thousands of Jewish families from Judea and Samaria as he was about doing the same to the Jews of the Gaza strip.

And it is clear that he acted in Gaza’s Gush Katif with the full expectation that once the settlements were cleared, a reign of terror and attacks on Israel were likely to follow.

Back in June, 2005, the Jerusalem Post’s David Horovitz reported that Defense Minister Shaul Mofaz was preparing to hand over to the Palestinian Authority written information on the location of settlements and on settlement infrastructure in Gush Katif, to keep the PA (which still ruled in Gaza) in the know and help coordinate with them the uprooting of the Jewish settlers.

Briefing reporters, Mofaz “took a swipe at former chief of General Staff Moshe Ya’alon,” whose term at the helm of the IDF was not renewed because Mofaz did not trust him to carry out the removal of Jews from their homes.

The week before that June briefing, Ya’alon had “warned of an upsurge in terrorism and ultimately war with the Palestinians in the aftermath of disengagement,” recorded Horovitz. Mofaz declared, without mentioning Ya’alon by name, that some people were inventing “radical scenarios about what will happen the day after,” when in reality, there were “lots of possibilities” and Israel had to be “ready to deal with any and all of them.”

But then, at the very same briefing, Mofaz warned that Hamas was growing stronger in Gaza, outpacing the PA, and that—as Horovitz put it—he “envisaged a possibility of Hamas becoming the dominant player there.”

With prophetic foresight, Mofaz said: “An alternative leadership is rising up under the noses of the PA.” He warned that Hamas had “a people’s army” which was bringing weapons in clandestine ways into Gaza. Indeed, all of Hamas’ soldiers were now armed and trained, unmolested by the PA’s security forces.

On a different occasion, during a tour of Gush Katif that summer, Defense Minister Shaul Mofaz told reporters that Ashkelon was within the range that needed extra protection from terrorist rockets.

But with all this prophetic insight, Mofaz still did not hesitate to move in on the Jews of Gush Katif and plant the seeds for the very scenario about which he was so worried. Deprived of a base within Gaza, the IDF was later forced to employ a great deal more power than would have been necessary to curtail rocket attacks on Israel — just as Mofaz had predicted.

A brilliant analyst he is — if only he listened to his own analysis.

There is no love lost between Shaul Mofaz and the settlement movement.

Two years after the annihilation of Jewish Gaza, in his capacity as Transportation Minister in the Kadima government led by PM Ehud Olmert, Mofaz was invited by the Gush Etzion municipality to participate in a ceremony naming the intersection at Efrat’s northern entrance after the convoys that brought aid to the Jews of Gush Etzion and Jerusalem, who were under Jordanian siege during the 1948-49 War of Independence. 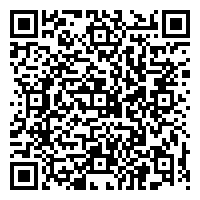