With all the votes counted, Shaul Mofaz became the new chairman of Kadima with 61.7%, to Tzippi Livni’s 37.23%.

Out of 95 thousand registered Kadima party members, only 40% voted by 10 p.m., when the polls closed. Shaul Mofaz and Tzippi Livni struggled  throughout the day to persuade members to get out to the polls and vote.


After congratulating her rival on his win, Livni stated  that she was not going to answer questions regarding her future political path. “It has been a two-months-long, long day. I’m going to sleep,” she told her followers at her campaign headquarters in Tel Aviv.

Regardless of Tuesday’s vote, it is unclear how Kadima would be able to sustain its status as the largest faction in the Knesset. This means that the war over the political center in Israel will resume, and voters will be “treated” to many acts of realignment, as well as a slew of strange bedfellows.

Even before the polls closed, it was rumored that Haim Ramon was planning to resign as Chair of the Kadima Council. Along with the Mofaz win, this may suggest that the party is moving to the right. It may also mean that Kadima could not be taken for granted as partnering with the left on issues such as  the religious vs. secular tensions.

When Kadima had been established by Ariel Sharon, Mofaz, who was then running to become the new head of the Likud party, was initially reluctant to join him, warning that an alliance with leftists who supported the Oslo accords and a return to the pre-1967 lines, was dangerous. Mofaz then coined the memorable slogan: “You don’t leave a home,” a slogan he abandoned and joined Kadima when it became clear he would not win the leadership post in Likud.

As Defense Minister, Mofas carried out the evacuation of Gush Katif.

Still, ideologically speaking, Mofaz remains further to the right than Livni. On the other hand, since he stated his goal to be the next prime minister of Israel, it is unclear if he would settle for a “mere” cabinet position in a coalition government under Netanyahu.

Chairman of  the Knesset Finance Committee, United Torah Judaism’s MK Moshe Gafni, may have sensed this change when he said Monday night that Tzipi Livni’s loss in the primaries came because she had been attacking the ultra-Orthodox community relentlessly over the past two years. “Just as [Tommi Lapid’s] Shinui party has disappeared from the political map, and all the hatred parties are gone, Kadima voters today  said no to hatred and incitement against the ultra-Orthodox society.”

In the end, a weaker Kadima party will bolster Netanyahu’s chances in next year’s elections (unless he decides to bring them on earlier, while the opposition is weakened).

Kadima (Hebrew for Forward) has been the most recent party to try and fill up the gap between the left-leaning Labor and right-leaning Likud. The trend of capitalizing on the vast middle in Israel’s politics began back in 1977, when Labor, which had been ruling since the formation of the state, was finally defeated thanks to the emergence of the Dash (Hebrew acronym for Democratic Movement for Change) party.

Typically, every such attempt to form a coalition of centrist interest groups inevitably ended with a collapse of the “package” and with a re-opening of the appetizing vacuum at the center.

Kadima was established in the fall of 2005 by followers of then Premier Ariel Sharon, who realized he could not execute a planned, unilateral evacuation of thousands of Jewish settlers from the Gaza strip without moving to the left of his own party, Likud.

The Kadima vortex drew in a huge flow of politicians from the “moderate” right, including the former mayor of Jerusalem and top-rank Likud politician Ehud Olmert, who later became party chairman, following Ariel Sharon’s stroke.

Kadima scored the biggest success of a centrist party to date, picking up 29 of the 120 Knesset seats in the 2006 elections. But the illness of its founder and the entanglement of his successor in charges of corruption which are still being prosecuted in the courts, the qualuity of leadership in Kadima dwindled down. So much so, that the third party leader, Tzippi Livni, was unable to form a working coalition despite the fact that Kadima won the largest number of seats in the 2009 elections. Livni et al were outmaneuvered by Benjamin Netanyahu who formed the current government, and Kadima was demoted to the opposition.

Redeeming Relevance: Parshat Shemini: Why there is NO Problem with Collective Punishment 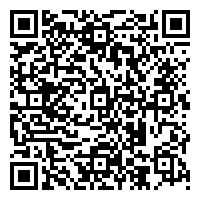