The students, members of the Brandeis Students for Justice in Palestine group, removed their shirts Monday night in Temple Emanuel in Newton, Mass., to uncover T-shirts that read “apartheid” in Hebrew. They also chanted “Free, free Palestine” and “Israel is an apartheid state and the Knesset is an apartheid parliament!”


Police and security guards removed the students; one student was arrested.

The five lawmakers — Ofir Akunis of the Likud Party; Lia Shemtov and Faina Kirschenbaum of the Yisrael Beiteinu Party; Ilan Gilon of the Meretz Party; and Ghaleb Majadele of the Labor Party — were in Boston as part of the Ruderman Fellowship, which educates Israeli politicians about Jewry in America. 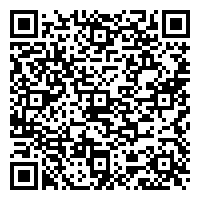