Rebbetzin Tap, a.k.a. Kerry Bar-Cohn, is on a mission to give frum women a voice, literally. In 2016, she started a Facebook page called Kol Isha, a forum for religious women to post their music – either of professional recordings or just of them singing and dancing in their cars and bedrooms. In the year since its inception, Kol Isha has gathered 4,000 members. The initiative has expanded to include a Kol Isha radio station where women can share their professional recordings. Soon Kol Isha TV will launch and feature videos by and of women.

At 44, Kerry is a fireball who uses words like “Fantabulous” and “Awesome” with enthusiasm and relish. If she were a record, she’d be playing at 78 rpm. She needs her surplus of energy in order to accomplish all she’s doing. Besides promoting women singers, she gives tap and acting classes, produces instructional and inspiring videos, lectures at seminaries and women’s events, maintains a busy chiropractic practice, and raises her family. She has four sons and a husband who works for a Torah website. He is so supportive of his wife’s work that he has dubbed her “Rebbetzin Tap,” a sobriquet that suits her to a T.


Kerry got her start performing in dinner theatre at the age of 10, when she played the title role in “Annie” in her hometown of Orlando, Florida. She went to the famous (and Fame-ous) High School of Performing Arts in New York City, where she majored in acting. But Kerry became disillusioned. She had wanted to bring joy to the world, and became jaded when she realized what being in the entertainment business entailed. “I wasn’t giving the world what I wanted to give,” she laments.

So Kerry became a chiropractor and turned her creative career into a hobby. “Everyone should have a hobby they love,” she chirps.

During her junior year in college, Kerry traveled to Israel and discovered religion. She fell in love with the land and made aliyah 11 years ago to Beit Shemesh, that hub of Americana in the Jerusalem Hills.

There is an amazing amount of frum female talent out there, and Kerry has mined the gems, featuring them first in her videos and Facebook group, and now on her radio station. Kol Isha Radio shuffles songs 24 hours a day and is continually adding more female artists, some of whom were professional singers in their pre-frum lives and others who are just very talented and looking for an outlet. This isn’t amateur hour; this is real quality music! The radio station allows women to connect from all over the world and perform for each other while plying their craft. “This is the miracle of today’s technology,” says Kerry, peppering her speech with a few more effervescent exclamations, “uniting talented Jewish religious women from all over the globe in one place. It’s going to be so cool!”

Unlike other radio stations that feature a particular style of music, Kol Isha has everything – country, pop, children’s, Broadway, much of it original music which you can’t hear anywhere else, and all of it uplifting. Rebbetzin Tap’s goal is to send out inspirational messages and to unite Jewish women. “We want to bring Jewish female artists and audiences together. With all the music in one place and connected, it’s so powerful!” she enthuses.

The Facebook forum and radio station are safe spaces where women can feel free to express themselves. “The face of Jewish women needs to be lifted up in public, and Jewish female musicians even more so. This is an international movement, a kosher space for everyone.”

Rebbetzin Tap doesn’t have any rabbinic supervision attached to the site. “Everyone should make their own decision; confer with their family and their rav. I feel comfortable that we’ve done our hishtadlut by making it abundantly clear that Kol Isha is intended for female audiences only.”

Rebbetzin Tap’s initiative is filling a much-needed gap. The prophetess Miriam and Devorah HaNeeah both recognized the power of song and music. Today, with ever more stringent initiatives to keep women out of the spotlight, many religious Jewish women, and especially performers, are finding themselves lacking an outlet for creative expression. Well, now they have their own stage. The radio station started with a core group of 20 performers, but every day new ones are joining. “It’s super empowering and inspiring!”

Rebbetzin Tap plays things by ear. She is finely tuned in to the needs of frum performers and what they have to offer. “Our goal is to contribute to the Jewish people,” she says. “Every school, seminary and camp should know about Kol Isha Radio. It’s about connection and unity. It’s about self-expression and using our talents to bring people closer to Hashem.”

And that’s what Kerry’s doing, one song at a time. 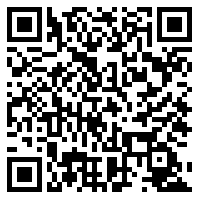