Reuters is an international news and information provider reaching more than one billion people every day. The Reuters analysis identifies the educational institutions doing the most to advance science, invent new technologies and power new markets and industries. The ranking is based on a number of indicators, including patent filings and research paper citations.

“We are gratified by this recognition of the Hebrew University’s innovation leadership,” said Prof. Asher Cohen, President of the Hebrew University of Jerusalem. “A century ago this heritage of innovation began with our founding by the likes of Albert Einstein, Sigmund Freud and Martin Buber. More than half a century ago, we established Yissum to turn breakthrough academic research into commercial applications. And today, this culture of innovation continues through the efforts and excellence of our students, faculty and staff, whose work is creating a better world for people everywhere.”

“The Hebrew University of Jerusalem’s Yissum Research Development Co brings students’ and researchers’ technologies and discoveries to market,” said the Reuters profile. “Administrators claim that products based on its commercialized patents generate more than $2 billion a year in sales. Successful developments include the drug Exelon, used to treat Alzheimer’s disease; Doxil, for ovarian cancer; and Mobileye, a collision-warning system for vehicles.”

“These highly successful innovations are excellent examples of the kind of transformational research that continuously originates from the Hebrew University,” said Dr. Yaron Daniely, CEO & President of Yissum. “Our mission as one of the first technology transfer companies ever created is to ensure that Hebrew University’s groundbreaking research continues to attract entrepreneurial and industry support, and translates to solutions addressing challenges faced across the globe today.” 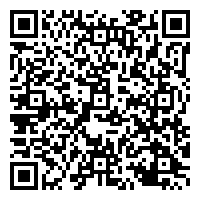