{Written by Adam Abrams and originally posted to the JNS website}

Meanwhile, Russia has reportedly agreed to slightly expand a buffer zone in southern Syria to prevent Iranian forces and the Lebanese terror group Hezbollah from operating near the Jewish state.

“The IDF will not tolerate any attempt to harm the sovereignty of the State of Israel and the security of its residents and views the Syrian regime as responsible for what is happening in its territory,” the IDF said in a statement.

The IDF officially cited “spillover” from the Syrian Civil War as the probable cause of the rocket fire, but added, “Even if this was a spillover, it is an unusual incident and the continuation of such incidents will be met with a stronger Israeli response.”

“It seems that the IDF does not think this was a spillover, but an intentional attack,” Assaf Orion, a senior research fellow at Israel’s Institute for National Security Studies think tank, told JNS.org.

The IDF’s suspicion came largely because no reported fighting occurred in Syria near Israel’s border at the time, and since the five rockets fell consecutively, deep inside Israeli territory at around 5 a.m. No previous incidents of spillover fire from Syria have involved a consecutive volley of rockets deep into Israeli territory. The timing of the incident is considered unusual because most fighting in Syria occurs during daylight hours.

Following the incident, the Syrian Foreign Ministry submitted two letters of complaint to United Nations Secretary-General Antonio Guterres, claiming Israel “coordinated” with terror groups in Syria, encouraging them to fire into Israeli territory to create a pretext for an IDF strike.

“Israel asked terrorists to launch projectiles at its own territory, so it could justify its own attack,” stated the Syrian letter. “This new Israeli aggression against the outskirts of Quneitra is a new chapter in the connection between the Israeli occupation and the armed terrorist organizations, and a desperate attempt to support those organizations.”

The latest Syrian rocket fire to strike Israel occurred about a week after the Israeli military launched an attack against a Syrian anti-aircraft battery, after the battery opened fire on Israeli Air Force planes in Lebanese airspace.

“Strategically, this is a signal of enhanced confidence by Iran, encouraged by the emerging situation in Syria, which it sees as its victory,” Orion said. “At the same time, this is meant to be a deterring signal to Israel, and affect its calculus concerning future operations in the northern theater. Operationally, should Iran fail to deter Israel, it will need to deliver on its commitment—either by employing its proxies, which is the Iranian strategy of choice, or by directly deploying Iranian capabilities to Syria.”

Since becoming actively involved in the Syrian Civil War in 2015, Russia has worked closely with Iran in support of President Bashar al-Assad’s regime, but has also established a protocol with Israel that aims to prevent friction between Moscow’s forces and the IDF in Syria.

“Iran needs to understand that Israel will not allow this,” Netanyahu told Shoigu regarding the Iran’s attempt to entrench its military in Syria, near the Israeli border.

Netanyahu has intensively lobbied Russia and the Trump administration for the creation of a secure buffer zone between Israel and Syria, to keep Iranian forces and Hezbollah away from the Jewish state.

According to reports, Israel had demanded a buffer zone in Syria of 60-80 kilometers (37-50 miles) from the countries’ border in the Golan Heights, but the Russians initially promised only to keep Iran and its allies from not coming any closer than 5 kilometers (3 miles).

Yet after the Russian defense minister’s visit to Israel, as well as a phone call between Netanyahu and Russian President Vladimir Putin last week, Moscow has agreed to expand the buffer zone near the Israeli border to 10-15 kilometers (6-9 miles), the London-based Arabic newspaper Asharq Al-Awsat reported.

Although the reported expansion of the buffer zone falls short of Israel’s original demand, it may represent a small degree of progress in favor of the Jewish state’s security interests in Syria.

The reported agreement on a buffer zone representing a “middle ground” between the initial Israeli and Russian positions “is reasonable,” Orion said, adding that “a lot will lie in the details of interpretation and implementation of these understandings.” 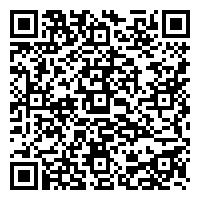