Days of Cinema, an annual festival run by Filmlab: Palestine, promoting national and international film culture, has cancelled the screening of that was scheduled to close its fourth edition on Monday, “The Insult,” the latest work by director Ziad Doueiri (which was slated for an award).

Doueiri’s previous work, “The Attack,” 2012, has been banned from theaters in Lebanon and many other Arab countries, because it was shot in Tel Aviv and featured Israeli actors. The film follows an Arab doctor living in Tel Aviv whose wife blows herself up in a suicide attack.

Doueiri, who is on the record as opposing boycotting Israel, has been arrested in September 2017 in Beirut, where he landed on his way back from the Venice Film Festival, where “The Insult” was screened in the main competition section. He was later released and all the charges against him were dropped.

Abed Hamayel, an activist who campaigned against screening Doueiri’s latest film in Ramallah, told AP that “the director showed no remorse, and insisted on his stand, and we think screening any of his work at a Palestinian cinema festival would be a big mistake.”

“The Insult” relates a growing rift between a Lebanese Christian, Tony, and a Palestinian refugee, Yasser, after Yasser tries to repair a drain pipe in Tony’s building. The fallout leads to violence, courtroom confrontations and national attention.

Kamel Elbasha, a PA Arab actor who won the best actor award for his role in “The Insult,” criticized the Ramallah festival’s decision, telling AP “Ziad was punished for that movie [The Attack] which was banned in all the Arab countries.” Elbasha suggested the hostile activists were “mixing things up, lying and distorting facts.”

Doueiri, who got his start under director Quentin Tarantino as camera assistant in Jackie Brown, From Dusk Till Dawn, Pulp Fiction, and Reservoir Dogs, did not comment.

The Days Of Cinema Facebook page on Sunday issued a statement saying that on Monday at 7 PM the festival management would hold a press conference at Ramallah’s Cultural Palace to announce its reasons for canceling the screening of “The Insult.” 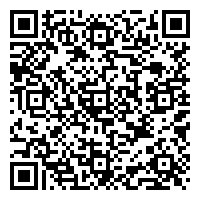