The flotilla stunt has sunk.

This morning’s end to the latest maritime Vaudeville act by a motley collection of anarchists, anti-Israel activists including an Arab Knesset Member, leftists and bored people looking for adventure may be the last attempt to break the Israel blockade to prevent terrorists and weapons from reaching Gaza by sea.


International media have not been able to whip up much anti-Israel rhetoric in their news dispatches of the peaceful takeover of the Marianne and the apparent U-turn by three other boats in the flotilla.

The voyage of the Marianne may have been the best thing for Israel since earlier this month when Hamas fired a Kassam rocket at Israeli civilians but saw it fall short of its mark and explode on a house in Gaza.

The only real success of Hamas, and the entire Palestinian Authority, has been to turn self-defeat into a principle.

Pro-Hamas activists have been trying to break the maritime blockade for more than six years, but their main aim has been to fuel the anti-Israeli media with stories about how the Israeli army is stopping good Samaritans from trying to save Gazans caught in a humanitarian crisis caused by the presumably heartless land blockade by Israel.

The establishment media finally has broken under the weight of the lies in claims by anti-Zionists.

Israel’s land “blockade” on Gaza barely exists anymore, except from Egypt, which has punished Hamas over and over by shutting down the Rafah crossing.

The maritime blockade has been upheld by none other than the United Nations, which investigated the clash on the May 2010 Mavi Mamara ship that was organized and led by Turkish-based terrorists of the IHH organization.

The U.N. report managed to criticize the IDF for using excessive force but upheld the maritime embargo as legal.

Flotilla activists have known ever since then that attacking Israeli soldiers, as the terrorist did with iron clubs on the Mavi Mamara, is going to be met with necessary force.

The crew and passengers on the Marianne did not raise a hand. The Navy commandeered the boat and took it to the port of Ashdod, where the foreigners will be deported and the Israelis will return home, with or without being arrested.

Passengers on the other boats deported themselves by choice when they decided not to follow the example of the Marianne, whose activists have set a precedent not resort to violence.

That will make it more difficult for future flotilla activists to start up with the Navy, which under any circumstances is going to win the battle.

The activists’ hope that the media would treat them as little Davids fighting a monstrous Goliath disappeared like a ship in the middle of the night.

Hamas’ open corruption and barbaric force against anyone who opposes it have torn the sails out of lies that the miserable lives of Arabs in Gaza are due to anyone or anything except Hamas.

Reuters reported the takeover of the Marianne factually and dryly, except for referring to Gaza as “the blockaded Palestinian territory,” unless it meant blockaded by Egypt.

The Associated Press was even briefer in its report.

BBC and NBC also were factual and objective in their dispatches.

The flotilla has wasted more tens for thousands of dollars. There always will be other do-good haters willing to shell out more money for another failure. 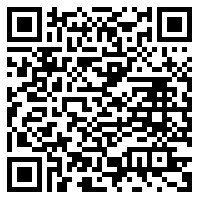