Radical Left MK Merav Michaeli, who stated last week that the core family “is one of the things that we need to start breaking apart,” did not actually say anything we did not know. All she did was say plainly what she and the entire politically-correct dictatorship that rules Western and Israeli consciousness say all the time – just in a more sophisticated manner.

Although their values represent a minority, the politically-correct gatekeepers rule Israeli consciousness through all the un-elected power hubs in the country: academia, the media, the justice system, the welfare systems, government bureaucracy, and the defense system.

Until now, these forces were smart enough to blur their statements and outsmart the public. Instead of saying the family is bad, they would say: “Everything constitutes a family” (in which case nothing constitutes a family). Instead of saying that it is bad to have children, they would say that we must safeguard them (in other words, detach them from their parents).

Michaeli simply said these things directly. “The core family is the most dangerous place for children… and it must be broken apart.” Yes, she really said that.

(The claim that the core family is the most dangerous place for children is ridiculous blather. But who is checking? Children are attacked wherever they are. If they are in dormitories, or any other place outside their home, they are attacked even more. Michaeli could just as easily have claimed that breathing air is very dangerous to society. After all, 100 percent of ill people live and die in an oxygenated environment.)

Michaeli has removed the mask and has allowed the tip of this giant, lethal politically-correct iceberg to peek out from the depths. By doing so, she has performed an important service for Israeli society.

When somebody tries to speak the simple truth, he is immediately denounced by the politically-correct octopus. This means that if you are a consumer of the general media and rely on it to gain a sense of what is legitimate and what is not, what is good and what is bad, what is light and what is darkness, you are forced to adopt its mad positions. Nobody will dare take the media to task and tell you the truth.

Take, for example, Minister of Labor Chaim Katz. The Knesset, including the minister, decided that children would be adopted by normative families only. Makes sense, right? But the consciousness octopus immediately recruited all its heavy hitters and, wonder of wonders, in just a short time Minister Katz announced that the law would be changed and the state would allow same-sex couples to adopt as well.

It is important to understand: These children will not be thrown into the streets. Thank God, the demand for children for adoption in Israel is much greater than the supply. The question here is the welfare of the child, and you do not have to be a genius to understand that a child needs both a father and a mother.

But the child does not really interest the politically-correct octopus. What really interests the octopus is dissolving the institution of the family. That is why it is so important to it is to keep drilling into our heads that anything can be defined as a family, making nothing a family. Mission accomplished. No more family, no more society, no more nation. We have successfully destroyed the old world down to its foundation.

The minister will have to reconsider and, ultimately, we will all reconsider because, just like the minister, we will be afraid to listen to our inner voice. After all, we like to think of ourselves as being “enlightened.” And I assume the minister also wants to be on the right side when he meets up with the state mechanisms – the courts, for instance. For, after all, this reprogramming of societal values and its practical dissolution has no margins of tolerance for other views.

So let us thank Merav Michaeli and take a look at the entire iceberg: This ‘Dissolution Attack’is motivated by the will to destabilize every identity and every essential truth – to undermine any type of unification or creation that testifies to the existence of the Creator. As there is no G-d, they claim, and no reality, there are no truth or ethics. We are God and we must create the world and its values anew – all the time.

Existence is the fruit of our imagination and we may, and are even obligated to, dissolve old frameworks and rebuild them in whatever way we imagine – relentlessly. It is a constant revolution. We will destroy the old world down to its very foundation. There is no national identity, no familial identity, no gender identity, no human identity (eating meat is murder). The values construct that builds society is fragmented – to be rebuilt even better. It is instructive to take a peek at Stalin’s USSR and Mao’s China to learn how it all ended. 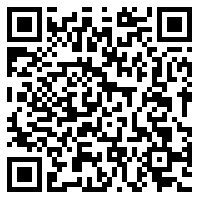