Does Zehut endanger the rule of the Right in Israel?

Our Sages say, “It is not the mouse who steals, but rather the hole that steals.” In other words, if a mouse enters your home, it is not his fault. Mice enter holes. Who is at fault? The hole, or, rather, whoever created the hole.


If we apply this concept to Israeli politics, the mice are the Left (my apologies to all the leftists). It has a very dangerous and destructive ideology. It is an ideology that strives to disassemble all the identities and senses of purpose in the world. It is not just about territorial identity, but also personal, sexual, family, and national identity. Even human identity is on its agenda. All identity and essence are under attack by the Left. This is extremely dangerous, and we certainly do not want it to rule in Israel.

Who is the hole? The Right. Why is the Right the hole? Because the Right says nothing. The Left has dangerous goals. But the Right does not establish any alternative. In 1996 Netanyahu won the elections on the heels of a very broad public protest against Oslo. Did he nullify Oslo? Did he seal the hole? Did he prevent the mouse from re-entering?

No. Oslo has continued to rule in Israel ever since. Netanyahu hugged Arafat, and all the Oslo concepts of dividing the Land – Area A, B and, C – have been adopted as the accepted terms for defining our existence in the Land of Israel.

How does Chairman of the Jewish Home party Bennett talk? “We will apply sovereignty in Area B, we will not apply sovereignty in Area C…” Autonomy-plus for the Arabs? A state-minus? It’s all Oslo. And if Bennett would become prime minister instead of Netanyahu, would anything really change? No. The Left’s concepts are still in the hole and the hole has remained the same hole. Bennett has no ideology of his own with which to close it.

It didn’t start with Netanyahu. In 1977 Menachem Begin became the first rightist prime minister to be elected to office. On the surface, it was an amazing turnabout. What was the first thing he did? He took two leftists, Moshe Dayan and Ezer Weitzman, as his main ministers. He had no alternative language. All that the Right knows how to do is to say that it is not Left. But what are you?

Two years ago, “lone terror” raged in Israel. Every day or two, a Jew would be stabbed by an Arab. One day, the media announced that Prime Minister Netanyahu had turned to Attorney General Mandelblit and requested his opinion on the legality of expelling families of terrorists to Gaza. In his letter, Netanyahu stated that according to the security apparatus, the expulsion of the families of terrorists to Gaza would significantly reduce the terror and murder perpetrated by lone terrorists.

I heard the announcement and was astounded. The prime minister was saying that he knows how to eradicate the terror, but he has to request authorization from the attorney general? What is the most important job of the prime minister? Why do we have a state at all? Why do we need a leader for our state? Maimonides and all the experts on statecraft agree that the role of the state is to protect its citizens. It must provide security from foreign invaders and provide internal security, as well. The prime minister’s most essential role is to protect us.

Do you really think Netanyahu didn’t know what Mandelblit would answer? And why was his letter sent via the media so that we would all hear about it? Immediately, leftist commentator Moshe Negbi explained on his radio show why the proposal was impossible to implement. All the commentators and broadcasters jumped on the bandwagon, making it clear that the High Court would never allow it, and the prime minister retracted. The stabbings continued.

So what was gained by this entire episode? After all, Netanyahu knew that if publicized his letter in the media, it would arouse major protest on the part of the Left. He gained something very simple. The public, the majority of which is on the gullible Right, thinks that Netanyahu wanted to expel the terror families, but could not do it because the Left would not allow it. The masses, therefore, will continue to stream to the polling booths to re-elect our embattled prime minister. And everybody is happy. The Right retains its rule (because the majority of Israelis are on the Right); the Left retains its hegemony and true power; and the terrorist retains his knife.

Does Zehut endanger the rule of the Right? Absolutely not. Zehut endangers the rule of the Left by means of the Right. Zehut is introducing new ideas into the political arena. Our detailed platform thoroughly closes the hole with positive values and alternatives to Oslo and the Left. We are not on the futile plane between Left and Right. It really makes no difference if the mouse wins the elections or the hole wins. They both lead to the same result. 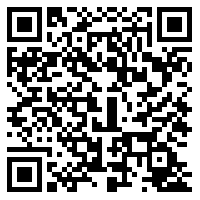