Mononymous Topol is a well-known celebrity, easily recognized by his name, his face and, most of all, his still-resonant voice. In 2015, he won The Israel Prize for lifetime achievement. Besides his decades-long portrayal of Tevye in Fiddler on the Roof, Topol is an author, an artist and a philanthropist. Despite his theme song, the 82-year-old thespian does not long to be a rich man. He has lived in the same modest apartment on a quiet residential street in the center of Tel Aviv for 60 years. In fact, his wife Galia was born there. And Topol is known as Chaim by his friends.

Chaim Topol is also the chairman of the board of the Jordan River Village (Kfar Nahar Hayarden), a year-round retreat for sick children and is, what he calls, “one of the most beautiful places in the world.” Located in the Lower Galilee, the village covers an area of 63 acres, and includes a swimming pool, sports facilities, a gymnasium, a theater, an arts and crafts center, a camping area, an Omega, a state-of-the-art medical center – in short, everything to make a child’s dream vacation and, most importantly, free them from the shackles of illness for a brief time. The facilities also include a shul and a kitchen with a mehadrin hechsher.


In 1967, together with Israel’s sixth president Chaim Herzog, Topol founded the Israeli branch of Variety Club, an organization to help children suffering from serious illnesses. Topol became Variety’s international ambassador. In 2000, Topol met fellow-actor Paul Newman in New York. Newman invited him to visit his Hole in the Wall Gang Summer Camp, founded in 1988 in Connecticut.

Topol answered, “It’s a good idea but I have to speak to the hospital directors first.”

Upon his return home, he met with the directors of the country’s four major hospitals. They also thought it was a good idea and Topol put them in touch with an architect. They spent two and a half years drawing up the plans to fit the doctors’ specifications. Jordan River Village opened in June 2011 at a cost of $30 million dollars. Newman not only provided the inspiration, he gave a nice donation as well. Unfortunately, he didn’t live to see the dream come true.

Jordan River Village is Israel’s only free, year-round, overnight program for children living with life-limiting conditions (serious diseases, chronic illnesses, genetic conditions, special needs). The village serves children aged 9-18 from all sectors of Israeli society. Its goal is to enrich their lives by creating free, fun-filled, memorable, empowering, safe and medically-supervised camping experiences of between three days to a week. It also offers ten weekends a year as a respite for the whole family of children who are very sick.

The Israeli government helped establish the village, contributing up to 20% of its budget as well as the land. Of the 130 people working there every day (there are a total of about 800-900 who are employed), about 100 are volunteers. In addition, soldiers are able to defer their enlistment and volunteer at the village for a year. They befriend the children and act as big brothers and sisters. “They are our angels,” Topol says.

The sessions are divided according to the 25 physical and mental illnesses the village caters to. One of the diseases is Thalassemia, a genetic blood disorder that mostly affects the Arab population. Topol once called a chareidi family to let them know that they were in a group with an Arab family hoping it wouldn’t cause them discomfort. They told him, “No, these people are our best friends, we know them from our treatments at the hospital. There’s nothing to worry about.”

But Topol does worry. Each year he helps raise the 10 million shekels (about 3 million dollars) required for the village’s operation. And that’s no easy task.

He does all this in his spare time. The octogenarian vedette is still very active writing books and screenplays and painting. He told me of an exhibition of his drawings currently in Haifa, all the proceeds of which go to the Jordan River Village.

Although Topol is an internationally-acclaimed star of stage and screen, he is above all an Israeli and a veteran of the IDF. That’s where he met his wife – he was her commanding officer. Topol served in the Sinai Campaign of 1956, the Six-Day War 1967, the Yom Kippur War 1973 and the Lebanon War of 1982, though not in combat. But when the sirens blared in Israel, he heard them wherever he was. Twice he left a run of Fiddler on the Roof – once in London’s West End during the Six-Day War (“But it was only for six days so they let me come back”) and once during the Gulf War of 1991 during a run of Fiddler in New York.

When I asked him why he always returned to Israel, why it always remained his home despite his international fame and the lure of the meccas of the entertainment world, he responded, “Baruch Hashem.” As Sallach Shabati would say (Topol’s second most famous role), even a ma’abara – a transit camp – is good in Eretz Yisrael.

To donate to the Jordan River Village, visit http://eng.jrv.org.il/eng_donate_now.htm

Biden: ‘NO Amendment to the Constitution is Absolute.’ 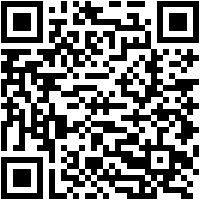