Israel’s Prime Minister Benjamin Netanyahu on Monday recounted in an address to the Knesset his conversation Sunday evening with Guatemala’s President Jimmy Morales, and the historic decision that resulted from that discussion.

“Last night I spoke with my friend, Guatemalan President Jimmy Morales,” the prime minister began. “I thanked him for Guatemala’s support for us in the UN [General Assembly] vote and I expressed my hope that he would follow in the footsteps of U.S. President Donald Trump, recognize Jerusalem as the capital of Israel, and begin to move the [Guatemalan] embassy to it.


“Later in the evening, he issued the following statement,” Netanyahu continued. “‘I spoke with Israeli Prime Minister Netanyahu. We discussed the excellent relations between the countries since Guatemala’s support for the establishment of Israel.

“One of the most relevant subjects was the return of the Embassy of Guatemala to Jerusalem. I have instructed the Foreign Minister to begin coordinating the implementation of the move. God bless you.'”

Netanyahu went on to deliver an open, public message to the Guatemalan leader from the podium of Israel’s parliament.

“From here I would like to say to the President of Guatemala: God bless you, my friend, President Morales. God bless both our countries – Israel and Guatemala. We are waiting for you here in Jerusalem.

“I told you recently that there will be other countries that would recognize Jerusalem and announce the transfer of their embassies to it. Well here is the second country and I reiterate: It is only the beginning and it is important.” 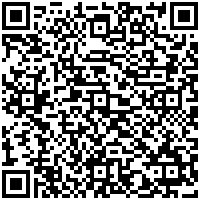