The Rema (Orach Chayim 135:2), citing the Ohr Zarua, writes as follows. “If a Shabbos passed without the Torah being read publicly, the missed parshah should be read the next Shabbos along with that week’s parshah.”

The Magen Avraham continues: “If the portion involved is Parshat Vayechi, it should not to be read together with Parshat Shemot because when two parshiyot are read we need to call someone up for an aliyah which will extend from the first parshah into the second so that they be joined together; doing so, though, is improper if two different sefarim [Bereishit and Shemot] are involved.”

The Ba’er Heitev (op. cit. 135:4) essentially agrees with the Magen Avraham, but

refers us to the Ateret Zekeinim (op. cit. 135) who writes as follows: “It seems to me that if the congregation missed the Monday reading due to uncontrollable circumstances, it may read it on Tuesday so as not to violate Ezra’s enactment that we not go three days without reading from the Torah.”

He continues: “One may only make up a Monday reading on Tuesday if the reading was missed accidentally. If it was missed intentionally, it should be treated, it seems to me, like a tefillah missed intentionally (discussed in Orach Chayim 108) which cannot be made up.” He then goes on to dismiss the comparison as one surely should not freely violate Ezra’s enactment.

Notwithstanding, Ayshel Avraham (op. cit.), citing Mas’at Moshe, rules that there is no remedy, the proof being that when a Shabbos reading is missed, we read it on the following Shabbos rather than Sunday. Why? Because there are only certain days on which it is proper to read the Torah.

Dagul Mirvavah (op. cit.), referring back to Rema’s original statement about a missed Shabbos Torah reading, states that if whatever issue prevented the Torah from being read in the morning – perhaps a strife – was later resolved, the parshah should be read at Minchah with the full seven aliyot.

Rabbi Shlomo Luria (Chochmat Shlomo op. cit.) relates that he was once asked in a certain town about making up Parshas Pinchas the following week when Matot-Massei was due to be read. He said no in accordance with the Magen Avraham’s ruling. The Magen Avraham discussed making up two parshiyos the following week when one parshah was due to be read. The case presented to Rabbi Shlmo Luria was the exact opposite, but the principle behind both rulings is the same: We don’t read three parshiyot on one Shabbos.

He raises the suggestion of reading two parshiyot the next week and another two parshiyot the week after that. The problem with this solution, he writes, is it would entail reading Pinchas with Massei and Matos with Devarim. But we learned above that we cannot read two parshiyot from two different sefarim (Bamidbar and Devarim, in this case) on the same Shabbos. 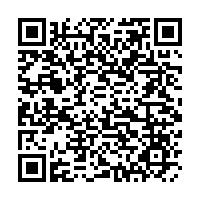