Wednesday was the first-year anniversary of the murder of Ezra Schwartz hy”d, who arrived in Israel as part of a special program by yeshivat “Ashreinu” for a year of learning, in order to contribute to the Land of Israel.

“One of the strong motives that motivated Ezra to come to Israel was the abduction and murder of the three boys Gil-Ad, Eyal and Naftali hy”d. Ezra was shaken by this event to the bottom of his soul and subsequently came to Israel,” explained Women in Green organizers Yehudit Katsover and Nadia Matar.


“Every week the Ashreinu Yeshiva organized transportation and brought the boys to Oz veGaon to work the land. Ezra was among them and they all connected deeply to the place.”

Exactly a year ago (on the Hebrew calendar) Ezra and his friends from the Ashreinu Yeshiva were traveling on a bus when Arab terrorists arrived and shot at different cars standing in traffic. Three were killed: Ezra Schwartz hy”d, a teacher, R. Yaakov Don hy”d and an Arab driver.

To commemorate the event in memory of Ezra hy”d this week, several events took place at Oz veGaon.

In the morning the Ashreinu Yeshiva headed by Rabbi Yudin came to pray, sing, and remember — and then rolled up their sleeves to work the land under the guidance of Elyashiv Kimche and Tsuri Botosh.

In the afternoon, “Rocky Brody, (a friend of the Schwartz family) organized a beautiful and meaningful ceremony in memory of Ezra hy”d and a dedication of the Oz Ezra Garden.” Speakers included family members, friends and Gush Etzion acting Mayor Moshe Savil.

“Once again, after the speeches, the youth rolled up their sleeves and inaugurated the Oz Ezra Garden in Oz veGaon,” the women said. Under a crystal blue sky, surrounded by green life, Ezra’s friends and family renewed their commitment to the memory of the departed, and to the Land. 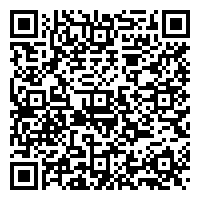