Question: May a cheresh, a deaf mute, who exhibits other signs of intelligence, be included in a minyan? I live in a small town where this is a very relevant question, where we struggle to put together a minyan. Are there any halachic implications for including such a person?

Synopsis: We previously noted the great strides that we have seen in our times regarding those with sensory disabilities [sight, hearing and speech. Yet we found a case going all the way back to our Talmud (Chagigah 3a) the grandsons [or nephews] of R. Yochanan b. Gudgeda, who though mute [and had no way of communicating that they had the ability to hear] were able to fully comprehend Rabbi Yehuda Hanasi’s lecture. We noted as well two views, One who hears but does not speak – Rabbi Yosef Karo classifies as Pike’ach and is included in a minyan. Taz, on the other hand would not include such a person in a minyan. Mishnah Berurah however cites views in agreement with Rabbi Yosef Karo.

Answer: The Gaon Rabbi Moshe Feinstein (Responsa Iggrot Moshe, Even Ha’ezer Vol. 3:33) brings this discussion to our modern era when he discusses the case of a cheresh from birth, who upon being fitted with a hearing aid suddenly began to speak, even though without total clarity. He is of the view that for most matters we would consider him to be a pike’ach, and include him in a minyan.

Rabbi Ovadiah Yosef (Responsa Yechaveh Da’at Vol. 2:6) was asked similarly in reference to a cheresh who was sent specifically to a special school for deaf mutes and through such schooling now is able to speak somewhat but his pronunciation is not clear. Is he to be included in a quorum of ten, a minyan, for all matters of kedusha?

Before we even turn to Rabbi Yosef’s discussion in this matter, the question itself presents us with the following perplexity.

Rabbi Yosef in his discussion echoes the Mechaber’s frame of reference in the matter of whether to include the cheresh in a quorum in order to complete that quorum, thus enabling the nine other individuals to discharge their kedusha obligations.

Based on Rashi (Yevamot 113a s.v “gezeira …”) we must question whether our zeal to include the cheresh for the purpose of the nine others presents a benefit to him – or whether he may be ill-served by such an effort. Rashi expresses the view that a cheresh is not a bar onshim – a person liable for any of the transgressions. If so, why train him/her to his own spiritual detriment, as now he/she will be liable for any transgressions – even the most minor?

In truth, our Talmud (Ketubbot 11a) asks this question in another case that surely would be applied here as well. “R. Huna states: ‘a minor proselyte is immersed (for the purpose of conversion) by authority of the beth din.” The Gemara questions what new teaching is presented here (by R. Huna) and answers that it is to teach us that it is done for his benefit. We have a rule (Eruvin 81b) that we benefit a person even in his absence (a minor child is considered mentally absent) but we may not in his absence cause him any detriment. From the Gemara’s ensuing discussion, we conclude that a life of Torah and mitzvot observance far outweighs any detriment for one devoid of that observance.

Back to the question about a cheresh who was trained to talk: Rabbi Yosef speaks of “a child who can be taught to communicate but does not hear.” Many sources would include him in a minyan. Among the reasons offered is Responsa Maharil (Siman 150), who would include everyone who is sleeping and only physically “present” to complete a quorum – because the Divine Presence is always found in a gathering of ten. Even though Rosh in his responsa offers the contrasting view that one or more in an exact minyan are inattentive to the chazzan cause his blessing to be in vain, Rabbi Yosef nevertheless says our present-day practice is not according to this view. He cites a slew of authorities: Hagahot Maimoniyot in name of Maharam, Agur, Elyah Rabbah (124 sk 8), Responsa Zecher Yehosef (17), Rambam, Pe’er Hador to the Rambam (148).

However, Rabbi Yosef cites one opposing view, Responsa Tzemach Tzedek (73), who relates the following unusual case that was presented to him. An individual who was both deaf and mute but is an expert tailor of superb talent who engaged in his work like any other person, and not only did he know how to pray himself but he was also able to show others which tefillot to properly pray at any given time, whether on Shabbat, weekdays or festivals. After some consideration, Tzemach Tzedek nevertheless ruled not to include such an individual in a minyan. However, he notes further in an exchange between Shevet Sofer and Rabbi Mordechai HaLevi Horowitz, where the former opined that if the deaf mute is trained in a special school and is able to communicate, we do indeed include him in all matters of kedusha. He also notes that in spite of Tzemach Tzedek’s view – his (Shevet Sofer’s) father, the Ketav Sofer, after visiting such a special school in Vienna and witnessing all that can be accomplished, also joined those who view that a deaf mute who is taught to speak or communicate on some level may join in to constitute a quorum for a davar sheb’kedusha.

As we see, there are great halachic implications of a positive nature concerning intervention on behalf of those who suffer in this area. Until such time as G-d himself will miraculously heal those who suffer, may He bless all those who are engaged in their holy labor of love, their mission to ensure that their fellow Jews live happy productive lives. 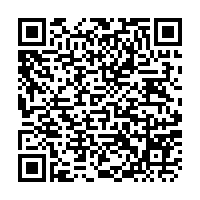