Question: May one eat etrog jelly on Simchat Torah?

Answer: I assume you’re referring to Simchat Torah in the Diaspora, which takes place a day after Shemini Atzeret (in Israel the two chagim are celebrated on the same day).

The Mechaber (Orach Chayim 503:1, based on a baraita, Betzah 17a), states, “One is forbidden to bake, cook, or slaughter on Yom Tov for the needs of the following day even if it be for Shabbat or Yom Tov….”

(The Talmud [Sukkah 35a] concludes, through a process of elimination, that “pri etz hadar” refers to an etrog. R. Avahu explains that an etrog is called hadar because it “resides” [shedar] on a tree from year to year. Ben Azzai points out that “idur” means water in Greek, and an etrog grows next to every water source.)

The practice in the Temple era was based on a literal interpretation of the beginning of Vayikra 23:40: “You shall take unto yourselves on the first day.” But the conclusion of that verse, “and you shall rejoice before Hashem, your G-d, for seven days,” allows for the interpretation that it should be taken for seven days.

Accordingly, R. Yosef Caro (Shulchan Aruch, Orach Chayim 665) rules that eating the etrog on the seventh day is forbidden since it is muktzeh – i.e., it was set apart for a mitzvah for all seven days. Eating it on Shemini Atzeret, the eighth day, is permitted, but in the Diaspora, where we observe two days of Yom Tov, eating it is also forbidden on the eighth day and only permitted on the ninth day, Simchat Torah. If Simchat Torah falls on a Sunday, some people say eating the etrog is forbidden on that day as well.

The Mishnah Berurah (ad loc.) writes that if one has seven etrogim, with a different etrog set apart for each day, each etrog remains forbidden for only one day (until nightfall).

The reason an etrog remains forbidden on the eighth day in the Diaspora is because we have before us a sefeika de’yoma (a doubt regarding the day), and we follow the advice that the Sages of Eretz Yisrael sent to the Babylonian communities (Betzah 4b), “Give heed to the customs of your ancestors” (and observe two days of Yom Tov even though we have a fixed calendar now and have no doubt that the eighth day is, in fact, the eighth day and not the seventh day).

The Mishnah Berurah adds that if Simchat Torah occurs on Sunday, there is no problem of hachanah in relation to the etrog because it already exists. The Torah states (Shemot 16:5), “And it shall be that on the sixth day [Friday], when they prepare that which they bring in, it will be twice as much as what they gather daily.” An egg that was not yet laid is problematic to eat once it comes out of the chicken, but the etrog already exists and thus there is no problem of hachanah.

Eating an etrog, whether in the form of jelly or liqueur, requires some form of preparation. Liqueur requires soaking the whole fruit, and etrog jelly – which is actually a marmalade that consists of both the fruit and its peel (since there would be little left of the etrog if the peel weren’t used) – requires the etrog to first be sliced and soaked. This year, when Shemini Atzeret is on Shabbos, there would be no time to prepare this jelly so that it could be eaten on Simchat Torah.

As for the hypothetical case mentioned by the Mishnah Berurah: Since most people don’t have multiple etrogim, eating etrog jelly on Simchat Torah – even if it was prepared before Sukkot – might be problematic due to mar’it ayin. As we know, some actions are prohibited, not because they are inherently prohibited, but because observers might get the wrong impression. A person eating etrog jelly on Simchat Torah this year may have made the jelly before Sukkot, but people will assume it was made much more recently. And the Rabbis rule that actions prohibited because of mar’it ayin are forbidden even in private (see Shabbos 146b).

We might look for a possible solution to this problem in the Aruch HaShulchan’s discussion (Yoreh De’ah 97:1) of the rabbinic prohibition (Pesachim 36a) against kneading dough with milk. This prohibition was instituted because of the fear that dairy bread might mistakenly be eaten with meat.

And yet, the Rambam permits one to eat dairy bread if the shape of the bread is significantly different than that of regular bread. This unusual shape serves as a sign that the baked item should not be eaten with meat. The Aruch HaShulchan, speaking of local bakeries in Eastern Europe, writes that items baked with milk or butter are easily discernible as such. (Today, one may leave the original wrapping of the baked item on the table, thus making it possible for everyone to see its ingredients.)

So, if on Simchat Torah one wishes to eat etrog jelly made before Sukkot or from an etrog that wasn’t used for the mitzvah of the Four Species, one could leave the etrog one used on Sukkot in full sight – on display, as it were – together with the other species.

Of course, this problem would not arise in an area with a glut of etrogim. I am reminded of a conversation I had with my late dear friend, Rav Gershon Tannenbaum, director of Igud HaRabbonim, who told me that etrogim are eaten all year round in Yemen. In such a country, an observer of someone eating etrog jelly would assume it was made from etrogim that were reserved for eating, and no special sign would be needed.

In our society, however, great care must be taken not to arouse suspicion in any manner and to follow the advice Moshe Rabbeinu gave the tribes of Reuven and Gad (Bamidbar 32:22), “Vih’yitem nekiyim me’Hashem u’mi’Yisrael – You shall be guiltless before G-d and before Israel” [i.e., your fellow men]. 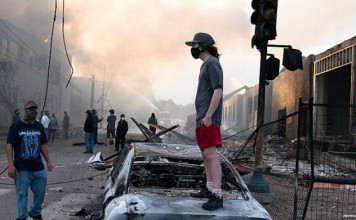 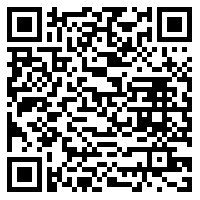