Question: Recently the chazzan in my shul created a stir when he didn’t include the proper mention of rain during chazaras hashatz. Our rabbi didn’t require him to repeat the Amidah, but many congregants felt the rabbi erred and murmured their discontent. Who was right and how can we, in a tactful way, prevent such a lapse from occurring again?


Answer: Our initial reaction is to point out that having accepted the authority of a rabbi whose responsibility is to deal with such matters – and who, in many cases, must render halachic decisions on the spur of the moment – the congregants should not question his decision.

Isn’t he a scholar who spends much of his time learning Torah and who spent years in preparation for his current responsibility? If he were made aware of the discontent, he would surely respond with a discourse or shiur to clarify the matter.

Your question is quite timely, though. We will soon – on December 5 at Maariv – be substituting “Veten beracha” (in Mevarech HaShanim) for “Veten tal u’matar li’veracha” in the ninth berachah of the Amidah. These words are a request for seasonal precipitation.

You, however, must be referring to the words “Mashiv haruach u’morid hagashem,” which is not a request but rather a statement of descriptive praise of Hashem’s greatness, which is included in the second blessing of the Amidah. We start saying these words in Mussaf of Shemini Atzeret because that’s when the rainy season begins.

Rabbi Yosef Caro (Shulchan Aruch, Orach Chayim 114) writes that if a person happened to say “Mashiv haruach” during the summer or fails to say it in the winter, he does not have to repeat the Amidah – even if he has not yet concluded the blessing (Ba’er Heitev). Likewise, if he says “Morid hatal” during the winter or failed to do so during the summer, repeating the Amidah is not necessary.

The Rema (ibid.) adds that Ashkenazim are not accustomed to say “Morid hatal” either in the summer or the winter. They go straight from Atah gibor to Mechalkel chayim. Indeed, some people say “Ata gibor…ata rav le’hoshia, mechalkel chayim” 90 times shortly after the change is made on Shemini Atzeret – the equivalent of saying that part of the Amidah three times a day for a whole month of 30 days – since Rabbi Caro writes (Orach Chayim 114:8) that a chazakah (a presumption of regularity) sets in after 30 days of performing a specific act.

However, if a person said “Morid hagashem” (“He makes the rain fall”) in the summer (when we don’t need rain) instead of “Morid hatal,” he must go back to the beginning of that blessing. If he has already concluded the berachah, he must repeat the entire Amidah, regardless of whether he resides in an area where rain is needed in the summer. The Bach notes that he is also required to repeat the Amidah if he mentioned both geshem (rain) and tal (dew) in the summer.

According to the Mishnah Berurah, the rationale for this ruling is as follows: “Morid hatal” is not a request (like “veten tal u’matar li’veracha” – see Shulchan Aruch, Orach Chayim 117), but rather a praise, and “morid hatal” is considered sufficient praise.

In your shul, what probably transpired was that the chazzan said “Morid hatal” instead of “Mashiv haruach u’morid hagashem” and your rabbi saw fit not to compel him to repeat the entire blessing (or the entire Amidah, if he already concluded the blessing).

Should a similar mistake soon occur in “Mevarech HaShanim,” resulting in the omission of “Veten tal u’matar li’veracha” (which we, again, note begins being said on the evening of December 5), your rabbi will surely insist that the chazzan repeat the Amidah because that phrase is a request. 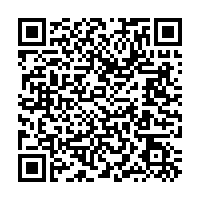