Fulfilling its sinister plan with precision, the NKVD arrested all three Schneerson rabbanim on the same day, Wednesday, March 29, 1939, even though they lived in cities far from each other, Yekatrinoslav and Chernigov!

My father’s words are confirmed in the book, Hamashpia Shelo Chozar, which is a biography of Reb Avrohom Boruch Pevzner, a distinguished Lubavitcher chassid. It records that on February 2, 1939 (weeks before the arrests of all three Schneersons), the deputy director of Ukraine’s NKVD sent a letter to the Deputy Minister of Internal Affairs (which directed the NKVD), describing activities of the Jewish underground connected to the sixth Lubavitcher Rebbe (the Rebbe Rayatz,), who had left the USSR in 1927 and lived then in Poland.

Early in 1940, the Rebbe’s father, Rabbi Levi Yitzchok Schneerson, wrote to my father testifying that when he and my grandfather – Rabbi Menachem Mendel Schneerson – were in Kharkov on the fifth of Teves, being transported from one jail to another, my grandfather collapsed and expired. He saw the body lying on the ground covered by his coat, and he wrote that Reb Levi Yitzchok Schneerson of Chernigov also witnessed this scene. Relating the news to my mother was extremely painful, and she grieved long for her father.

It is vital for our generation to realize what Jews of that era experienced and to cherish our good fortune living in a land that guarantees us freedom to practice our faith without hindrance.

It is said of our ancestor Avraham that he didn’t seek to serve Hashem with mesiras nefesh, yet, when it was required of him, he was ready to give up everything for Hashem’s sake. Jews of the Soviet era had no choice but to have mesiras nefesh, but we who live in free societies can still learn from their example. As the Rebbe Rayatz said – based on Scriptural verses where “nefesh” means desire – mesiras nefesh means subordinating one’s personal desires to the Divine will, which all of us can do safely.

May Hashem bring an end to our long and bitter exile, and may we pass from the gloom of this galus to the light of the true ge’ulah now! 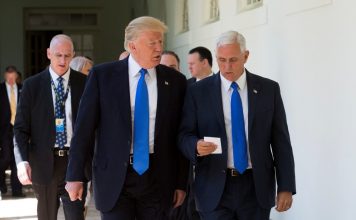 I’m A Big Trump Supporter, But… 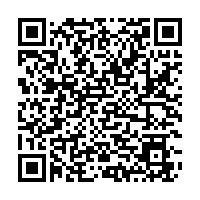