Answer: We cited the view of the Ramban, who maintains that settling in the land of Israel is a positive requirement, a mitzvat aseh. There are other views, though. Rashi (to Ketubbot 111a) explains that R. Yehuda believes that a person is not allowed to leave Babylonia “because yeshivot are there that are constantly engaged in spreading the Torah.”

Tosafot (s.v. “hu omer la’a lot…”) states that this halacha is not applicable in our time since traveling to Eretz Yisrael is dangerous. Tosafot also presents the view of Rabbeinu Chayim that in our time there is no mitzvah to live in Eretz Yisrael due to the difficulty in observing the numerous mitzvot dependent upon the land.

The gaon Rabbi Ovadia Yosef, zt”l, the late chief rabbi of Israel, was once asked by religious journalists who wished to cover the Egypt-Israel peace process whether it was permissible to travel to and stay in Egypt.

Rabbi Yosef (in Responsa Yechaveh Da’at, vol. 3:81) quoted the Rambam (Hilchot Melachim 5:7): “One is allowed to dwell anywhere in the world with the exception of Egypt. … In three places the Torah warns not to return to Egypt: In Parshat Shoftim [Deuteronomy 17:16], ‘velo yashiv et ha’am mitzrayma – in order that [the king] not return the people to Egypt,’ in Parshat Ki Tavo [Deuteronomy 28:68], ‘lo tosif od lir’ot – you shall never see it again,’ and in Parshat Beshalach [Exodus 14:13], ‘lo tosifu lirotam od ad olam – you shall not see them ever again.’”

Rabbi Yosef notes that the source for the Rambam’s ruling is the Mechilta (Shemot, Beshalach, parsha 3): “We learned: Rabbi Shimon Bar Yochai says that in three places the Jewish people are warned not to return to Egypt…yet three times they returned and for those three times they fell. The first was during the days of Sancherev [Isaiah 31:1], ‘Hoy hayordim Mitzrayim le’ezrah – Woe to those who go down to Egypt for help.’ The second was in the days of Yochanan ben Kareyach [Jeremiah 43:5-7], and the third is mentioned regarding the wealthy Jewish community of Alexandria in Egypt in the days of Troganus [Sukkah 51b].”

The Gemara asks: “Why were they killed?” It answers, “Because they transgressed the admonition of the verse [Deuteronomy 17:16) “…you shall no longer return on this road again.”

Rabbi Yosef notes that in light of the Rambam’s ruling, it is quite astonishing that many gedolei Yisrael, including the Rambam himself, and many holy communities lived in Egypt.

To explain their behavior, he cites the Ritva (Novella, Yoma 38b) who maintains that the ruling against returning to Egypt only applies to the Egypt of old. Present-day Egypt is not the same as the original Egypt since Egypt’s original cities were inter-dispersed and/or destroyed. The incident mentioned in the Gemara about an entire community being destroyed concerned the Jewish community of Alexandria, which was an age-old city.

According to Rabbi Yosef, if one may even dwell in Egypt, which was specifically forbidden to Jews, surely one may dwell elsewhere in the world.

And yet, the Torah (Deuteronomy 12:29) says: “veyarashta otam veyashavta be’artzam –you shall inherit them and settle in their land.” Doesn’t that mean we should live in Eretz Yisrael? 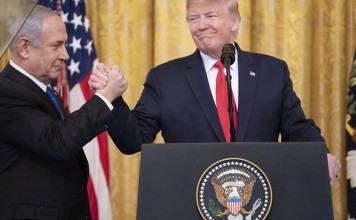