Answer: Last week, we introduced the principle of “shome’a k’oneh – listening is like saying.” Rabbi Chaim Davis, my chaver at the Rabbinical Alliance of America (Igud HoRabbonim) and rav of Beis Medrash LaTorah of Passaic, NJ, discusses this topic in a recent Igud Torah publication. He writes:

“We find that the Mechaber (Orach Chayim 47:64) states that one who silently contemplates divrei Torah, need not recite Birkat HaTorah – the blessing for Torah study. Magen Avraham (ad loc.) explains the rationale, ‘silent contemplation is not considered as speech.’ Gr’a begs to differ and rules that even in such a situation one is to recite the blessing, because one fulfills the mitzvah of Torah study via contemplation. However, Biur Halacha and many of the later authorities, disagree and opine that even though one has indeed fulfilled the mitzvah of Torah study in this manner, nevertheless our sages never enacted a blessing for [mere] contemplation. A similar example is the mitzvah before Passover to nullify all of one’s chametz and this is done specifically via contemplation, with verbalization essentially unnecessary.”

Rabbi Davis continues: “We find that the Talmud (Berachot 21b) rules that one who is in the midst of [the Amida] and heard the chazzan reciting Kaddish or the Kedusha is not allowed to interrupt and join in with the congregational response. Rashi (ad loc.) explains that he is to pause, remain silent and concentrate on listening, as Shome’a K’oneh – listening is as if he said, yet it is not considered an interruption of his personal Teflilah. On the other hand the Tosafists, Rabbeinu Tam and R’I [Rabbeinu Isaac Dampiere], argue that just the opposite, if we employ the rule Shome’a K’oneh then his remaining silent is definitely an interruption.

“Therefore we see that this is a dispute among the Rishonim – the early authorities, as to whether Shome’a K’oneh is the equivalent of verbalization or not. One of the differences will relate to our discussion of Birkat HaTorah if one is only silently contemplating words of Torah, may he recite that blessing for such Torah study? Now, according to Rashi since it is mere contemplation and is not considered speech he should not bless. However, according to the Tosafists such silent contemplation constitutes speech and as such he is to recite the Birkat HaTorah.

“Sha’arei Teshuvah (ad loc O.C. 47:sk3) cites Halachot Ketanot that if one heard someone verbalizing words of Torah he is required to recite Birkat HaTorah as we follow the rule of Shome’a K’oneh and where one heard that is greater than [silent] contemplation. He also cites the Mechaber (O.C. 141:2) who rules according to the opinion of [his father] the Rosh (Baba Batra, at the end of the first perek) that one who is called up to the Torah reading, must himself read as he is unable to bless [solely] on listening to the Ba’al Keriah. Now according to Halachot Ketanot that we just cited why not, do we not say that Shome’a K’oneh is considered as if he himself recited?”

Interestingly, the Mechaber (Orach Chayim 47:3) rules that one who writes divrei Torah must say the birkat haTorah – even if he says nothing. Evidently, writing is more significant than either hearing or silent contemplating. It is evidently more like speaking.

The Mishnah Berurah (47:4, citing the Chayei Adam) suggests that writing might be equivalent to speaking since many people enunciate the words they’re writing as they’re writing them. He notes, however, that later authorities pasken that one shouldn’t rely on the Mechaber’s ruling; rather, a person should make sure to enunciate the words he’s writing so that the berachah is said over speaking, not writing. 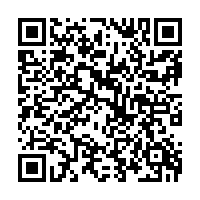