Two flights of new Olim (immigrants) arrived in Israel this week—one on Monday and another on Tuesday—with 78 lone soldiers headed for service in the Israel Defense Forces. Another 42 individuals also came to make their homes in the Jewish state.

The groups were sponsored by Nefesh B’Nefesh, along with Israel’s Ministry of Aliyah and Integration, the Jewish Agency for Israel, Keren Kayemeth LeIsrael, JNF-USA and Tzofim-Garin Tzabar.

The future soldiers, who are making aliyah without family, will join 3,500 others from around the world under the Nefesh B’Nefesh-Friends of the IDF (FIDF) Lone Soldiers Program.

“I decided to make aliyah after I visited twice and fell in love with Israel,” said future soldier Naomi Jaffe, 18, from Boulder, Colo. “I have wanted to challenge myself and be part of Israel’s society, and I thought the best way to do it is to make aliyah after high school and join the IDF. I want to be part of something bigger than myself and live in a place where I feel is meaningful for me.”

Once enlisted, the new immigrants become part of the Nefesh B’Nefesh and Friends of the IDF (FIDF) Lone Soldiers Program which cares for thousands of Olim soldiers from around the world currently in active service. This program offers guidance, support and care for lone soldiers during each stage of their service, including after release from the army and during the adjustment stages to civilian life.

“Military service in the IDF is difficult and challenging for every soldier, and even more so for lone soldiers,” said Maj. Gen. (Res.) Meir Klifi-Amir, FIDF National Director and CEO. “The decision to enlist in the IDF is a brave and noble act—one rooted in a deep sense of mission, determination and love of the State of Israel. This is true Zionism.”

This flight arrives amid a record-high interest in aliyah. Since the beginning of April 2020, 3,495 aliyah applications were submitted to the organization, in comparison to 1,373 over the same time period in 2019, signaling a 155 percent increase in interest. 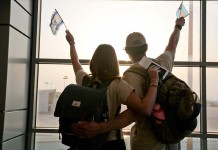 120 New Olim Expected in Israel over the Next 48 Hours 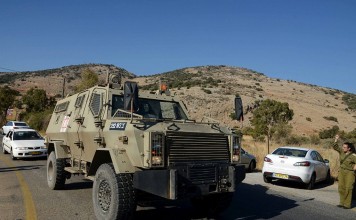