Answer: If a blind person is called to the Torah, may he recite the Birkat haTorah considering that he doesn’t see the words upon which he is reciting the blessing?

In a recent article, Rabbi Chaim Davis, my chaver at the Rabbinical Alliance of America, cites the Taz (Orach Chayim 141:3) writes, “A blind person may say the blessing since he’s listening to the ba’al keriah under the rule of shome’a k’oneh.”

Some might argue that he shouldn’t say the blessing because “devarim she’b’ktav i atah resha’i l’amra ba’al peh – one may not say [the written law] by heart” (Gittin 60b).

The question, therefore, seems to be what shome’a k’oneh really means. Does it mean hearing is really like saying the words oneself? Or does it mean that by hearing someone else saying something, one discharges one’s own obligation of saying it.

This same question gets to the heart of the dispute between Rashi and Tosafot on stopping for Kedushah while one is still saying Shemoneh Esrei. If hearing is really like saying, then listening to Kedushah with the proper intent would be prohibited since one may not speak in the middle of Shemoneh Esrei. But if hearing is not exactly like saying, then one should stop and listen to discharge one’s Kedushah obligation.

The Gemara states, “A deaf person who speaks but does not hear may not separate the terumah, but if he did, ipso facto it is terumah” (Berachot 15a). The Gemara asks, “Who is the tanna who taught this law?” The Gemara answers, “R. Yosi – because we learned in our mishnah: ‘One who reads Shema and did not enunciate sufficiently to hear what he said has discharged his obligation. R. Yosi says: He has not discharged his obligation.’”

Since this person doesn’t fulfill his Shema obligation, why is the terumah he separates considered terumah? Perhaps because Shema is a biblical obligation whereas saying a blessing while separating terumah is only a rabbinical obligation.

The Rosh (ad loc.) writes that if the blessing were a biblical obligation, evidently the terumah separated by the deaf person wouldn’t be considered terumah. But this implication is untenable, says Rav Wasserman. Saying birkat haTorah is a biblical obligation, but we’ve never heard that a deaf person is prohibited from studying Torah since he can’t say birkat haTorah!

Rav Wasserman writes that the person should study Torah, which is a mitzvah, without saying a blessing. What does it matter to us, he asks, if this person fulfills this mitzvah without a blessing?

Rav Wasserman answers his question on the Rosh based on the Gemara (Nedarim 81a), which states that the Holy Temple was destroyed because we didn’t say birkat haTorah before studying Torah. The Ran (ad loc.) cites Rabbeinu Yonah who explains that even when we said the blessing, our contemplation of it was lacking, which indicated that our Torah study was inconsequential to us.

Rav Wasserman concludes that according to the Rosh, birkat haTorah is not a birkat ha’mitzvah. Thus, a person must say it even if he doesn’t study Torah afterwards. That also explains why women say it even though they are exempt from studying Torah. 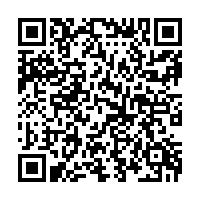