Question: My synagogue is Orthodox in practice; however, many of our members are ignorant of basic Halachot. In fact, many members attend only occasionally, even while they support generously. Every year at Yom Kippur time the congregation swells to its limit. Our Rabbi and leadership seem to ignore the fact that many people travel to the synagogue by car on the holiest day of the year. What could be done?


Answer: Though your question relates to Yom Kippur it is nevertheless of great relevance in relation to the Sabbath, all year long and obviously now as regards the upcoming Sukkot, Shemini Atzeret and Simchat Torah festivals as well. In all fairness to your Rabbi, who we are sure seeks to serve his congregation in a manner most consistent with halacha, we cite the Gemara (Tractate Beza 30a): “Raba b. R. Chanin said to Abaye, ‘We were taught (Mishna 36b) one may not clap hands, slap one’s thighs, nor may one dance on the Festival or the Sabbath. Yet nowadays when we see people who do so, not a word [of rebuke] is even said to them. Abaye retorted, “And with your view in mind [that we are to protest] we do find that which Rabba stated: “A person is not to sit at the entranceway to the public domain [on Shabbat] for possibly an object might roll [from the private domain into the public domain] and he might then carry it back [violating the Shabbat].”

Abaye continues, “Yet we find women who indeed sit at the entrances of the alleyways and nary a word is said to them.”

Abaye explains – rather let the Jews be. It is better they unintentionally transgress than do so deliberately. Thus, in the Mishna’s case, where people clap and dance on Shabbat, it’s better not to rebuke and then they remain unintentional transgressors.

Thus we have a rule that some have followed, albeit with the attitude that synagogue attendance of its own will eventually create ‘trickle down’ observance of Judaism and all precepts. However there are those who have expressed views that are far stricter in this matter as we now cite.

My uncle Rabbi Sholom Klass, zt”l, (Responsa of Modern Judaism, Book I, p.50) was asked a similar question regarding attending a bar mitzvah celebration on Shabbat where one will drive in order to participate. He answers, in short, as follows: “There is no excuse for violating the Shabbos to attend a bar mitzvah. It would be called ‘Mitzvah Haba’ah B’Averah,’ a mitzvah derived through sin, which is prohibited. You can rent a room or sleep at a nearby neighbor’s house, so that you can attend the services without violating the Shabbos.

My uncle concludes: “What good is the observance of a minor precept of celebrating a bar mitzvah if it entails violating one of the major commandments of the Torah, that of observing the Sabbath?’“

I would like to share with you the following from one of our great rabbanim of recent times, Rabbi Mordechai Pinchas Teitz, zt”l., who was chief rabbi of Elizabeth, New Jersey. He was very aware of the problem you mention and sought to publicize his view on this matter to the widest possible audience. We excerpt from the book authored by his daughter, Rivkah Teitz Blau, (the wife of Rav Yosef Blau, Mashgiach Ruchani at RIETS of Yeshiva University), Learn Torah, Love Torah, Live Torah, a biography of her late father.

“He [Rabbi Teitz] formed a Committee for Maintaining Jewish Standards in 1959, then published essays, spoke on the radio, and printed paid announcements in newspapers. An ad in the New York Times on Friday, October 9, 1959, three days before the holiday, advised: ‘DON’T ATTEND SYNAGOGUE ON YOM KIPPUR IF…you must drive to get there. If circumstances beyond your control prevent you from being within walking distance of a synagogue, stay and pray at home. DRIVING ON YOM KIPPUR IS PROHIBITED. The hand that turns the ignition key releases a spark that sets Yom Kippur ablaze. One cannot observe Yom Kippur by desecrating it; to drive on Yom Kippur is to display either pitiful ignorance or gross hypocrisy and sacrilege.

‘Maintain the sanctity of Yom Kippur. Whether you walk to synagogue or pray at home, may the All Mighty accept your prayers for a year of life and happiness.’

“He ended with his name, the name of the committee and his address. He hoped to reach Jews who thought that being Conservative or Reform exempted them from mitzvot. Of course everyone has a free will to decide what and how to observe, but if a person has no idea of what is in the Torah, how meaningful is his choice?

“Following these ads a storm of protest by telephone, telegram, and mail swirled into Elizabeth. Rabbi Teitz responded to everyone because even an angry message said that the sender was engaged. One letter intrigued him; beneath the envelope and stationery with the Harvard seal, behind the reference to ‘many of us at Harvard,’“ hidden under the adolescent arrogance, was a young man who cared enough to send a letter on the day the ad appeared. The Harvard student […] must have typed in the heat of indignation […]:

“‘Sir: I have just read your notice proscribing driving on Yom Kippur. I admire your dedication to traditional standards, but am quite amused at your naiveté. It does not surprise me that so many intelligent young people of my generation are dropping away from Judaism; I would like to mention two species of Jews of the older generation who are responsible for our indifference. First there are those who appear at temple solely to display their shiny new pink Cadillacs; I assume that you are not overjoyed about the “religious” motivations of this group. Second, there are those such as yourself who refuse to admit that we are no longer living in a primitive, theocratic culture.

“The young man continued: ‘My sympathies go out to those sincere Jews who find great solace and comfort in being in a synagogue on Yom Kippur, who have been intimidated by the possibility of Divine retribution implied in your ad, should they be forced to drive next Monday. By the way, will your infinitely merciful “All Mighty” really be offended if he notices members of his Flock in an automobile on Yom Kippur?

‘And do you have the presumption to answer that question? I would be interested in your answer to this letter; it reflects the sentiments of many of us here at Harvard.’”

“The information contained in my announcement is not a matter of thought or opinion; it is a statement of fact…cited from the source of Yom Kippur itself, the Bible. It is possible to believe or disbelieve the truth of the Bible; but its contents are not a matter of conjecture, and cannot be verified by anyone with the [mere] ability to read.

“Your reference to the ‘many intelligent young people’ dropping away from Judaism amuses and amazes me on two counts: first, that one can be considered to ‘drop away’ from an area wherein one is completely lacking experience and knowledge’ secondly, that a person can lay claim to the description ‘intelligent’ without possessing the first attribute of intelligence – that of being in possession of all the facts before passing judgment in any matter.”

“Rabbi Teitz continued: ‘Your implied reference that the commandments of the Bible were intended for observance only in a ‘primitive, theocratic culture’ is likewise tragically amusing. Is it not this selfsame culture that gave the world the Ten Commandments, the cornerstone of modern civilization?

‘As for those unfortunate Jews who are misled into equating Yom Kippur observance with synagogue attendance, they are perhaps best referred to the words of the prophet in Isaiah (1:15). The Bible does not require synagogue attendance on Yom Kippur; it does proscribe work and indulgence in food and drink. Regardless of the nobility of the end, it does not justify means that are in direct violation of Biblical injunctions. It can certainly be no less than gross hypocrisy and sacrilege to appear in synagogue and pray for atonement of our sins if our very presence there resulted from sin.

‘In closing, I wish to thank you for your letter, which together with the many others received – critical as well as complimentary – has convinced me of the great need for the Committee for Maintaining Jewish Standards…

‘Your concluding questions are phrased in a manner indicating a total lack of respect for religion, and I hesitate to answer in full lest I be an accessory to your sacrilege. However, I should like to leave you with one elementary religious thought. No mortal, regardless of how malevolent, criminal, or immoral his actions may be, can in any way offend the Deity.’

“From Rabbi Teitz’s quotations of the student’s words and echoes of also being ‘amused,’ the young man knew his letter had received a close reading. If he looked up the citation in Isaiah, he found this verse, ‘And when you spread out your hands, I will hide My eyes from you; even when you make many prayers, I do not hear.’

“But Rabbi Teitz did not make research easy for his correspondent by giving the sources for Yom Kippur. The young man would have to use a concordance or read two-and-a-half books of the Bible to find the verses in Leviticus 16:29-31 and 23:26-32 with their repeated prohibitions of work on the Day of Atonement, the Sabbath of Sabbaths, Shabbat Shabbaton. Although it was outside the classroom, the Harvard undergraduate was receiving an important part of his education: don’t assume; don’t take knowledge for granted; know what you’re talking about; open the Bible and study it.

“Rabbi Teitz showed the ad to several rabbis before printing it. One of them, Rabbi Yosef Dov Soloveitchik, commented that although he would have approached the problem through different means, Rabbi Teitz was correct in combating the ignorance that afflicted modern Jewry [needless to say that ignorance afflicts at an even higher rate today, with an alarmingly high rate of intermarriage]. When a donor asked whether he should pay for one of the ads, Rabbi Soloveitchik answered yes; the majority of the Jews in the United States should not be written off.”

Now back to you, my dear reader: you can surely make a difference by joining the synagogue’s administration as a board member or other officer. Present yourself as someone who wishes to make a difference, improve matters not only in regard to sanctity but even the many mundane needs that affect the synagogue. I am sure that once you join the team, not to be viewed as an outside critic but as one of the ‘boys’ who really cares, you will see changes come about. However, don’t be discouraged, as change often happens slowly and then only incrementally.

Many problems we in the greater Jewish community face are due to ignorance and that must be combated, however compassionately, via education, and not harshly via rebuke. For then we will surely merit to see the arrival of Melech HaMoshiach who will deliver us from this our long galut.

May all benefit a happy and healthy New Year. 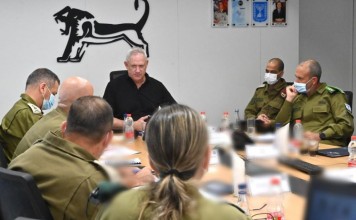 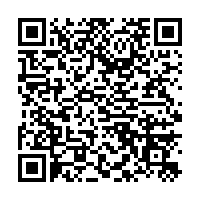