On the morning of September 11, 2001, Rabbi Jonathan Glass was enjoying bagels, coffee, and a dvar Torah with several men from his daily morning minyan. As usual, politics was also on the menu.

“This was the first year of President Bush. The country was in transition after eight years of Clinton, so we often talked politics,” recalled Rabbi Glass, the long time rav of the Tribeca Synagogue at 49 White Street, one of two synagogues within walking distance of the World Trade Center (WTC).

At 8:50 a.m., the lively conversation was interrupted by the ring of a phone. Rabbi Glass paused to pick up. “A plane just hit the World Trade Center! Secure the building!,” the shul president said on the end of the phone.

Rabbi Glass thought it was a bad joke and hung up. Breakfast continued for another 10 minutes until the custodian ran into the room with a panicked look on his face: “A plane hit the World Trade Center!”

“We all ran outside and saw a ring of fire around the upper floors of the north tower. It was hard to process,” recalled Rabbi Glass about what he saw from Church Street. “We assumed it was an accident. Then I heard a horrible grinding sound. I didn’t know what it was.”

“A plane just hit the south tower!” someone shouted, confirming a second plane went into the other WTC tower. Rabbi Glass retreated back into the synagogue to figure out what had to be done next – for his family, community, and the synagogue building.

“When you’re in the middle of it, the atmosphere is charged, like in a different dimension. Then I started processing everything and I remembered my wife Minky had a 9 a.m. real estate appointment on Murray Street – two blocks from Ground Zero,” said Rabbi Glass. He tried calling her cell phone but the mobile phone system was not working. “I didn’t know if she was dead or alive.”

“I was also thinking about my children. I had five kids at school. How do I get them back home?” he said.

Trapped Inside the Tower

He was also worried about members of the shul community. Rabbi Glass later found out that one of them, a former member, had been inside the North Tower when the plane hit floors 93-98. “Steven Jacobson was a young father when he came to the shul in the 1990s,” recalled the rabbi. “He was a transmitter engineer for WPIX-TV and got trapped in his 110th floor office just below the rooftop antenna.”

After the first plane hit, a colleague called to see if Jacobson was okay. “It’s getting hot up here. What happened?” Jacobsen said according to a log of 9/11 witness accounts in the New York Times. He was told to activate an air pack that could give him 5 hours of air. After the second plane hit, the colleague called back to tell Jacobson it was a terrorist attack and he should get to the roof. “It’s too hot to leave the room,” Jacobson said. “Get me out of here. Send help.” The phone line went dead.

“Just as we thought that our community emerged unscathed, we got word that Steve didn’t make it out,” said Rabbi Glass. “We were heartbroken for his widow and two small children.” Remains of Jacobson were not found until December.

Another person in the shul’s community, Danny Hochman, was on the North Tower’s 83rd floor.” Hochman fortunately survived, climbing down all 83 flights as quickly as possible.

‘Get Out of New York’

At 10 a.m., the custodian rushes into the rabbi’s office with another shocking announcement. “The World Trade Center has collapsed!”

“Papers were flying in the air like confetti,” Rabbi Glass recalled. People were running away from the blocks closer to the WTC.

In nearby Battery Park City, the apartments of several synagogue members went black and smoke filled their apartments. Later that day, the families were evacuated by boat and none moved back to the area.

A few congregants who were stranded found refuge in the shul until they could figure out a way home. All the ways in and out of Manhattan were sealed off, and downtown was now locked down as a search and rescue zone.

Meanwhile, Rabbi Glass still didn’t know what happened to his wife. He rushed over to the neighborhood police station, the 1st precinct, to get advice about what to do. “I can’t give you any guidance,” the police officer said. “But if you want my personal opinion: get out of New York.”

Soon after the north tower collapsed at 10:29 a.m., the office phone rang. It was Rebbetzin Glass. Her client didn’t show up for the 9 a.m. appointment, so she started walking home.

“I was just a few blocks away when I heard a loud crash, turned around and watched the first building collapse. I was petrified and gave out a scream,” she recalled. “I then ran home and called my neighbor. She came over and we just sat there shocked. We said Tehillim.”

The two younger daughters soon returned home, but Rabbi Glass and his wife could not reach the other three kids.

“I didn’t know where my kids were,” said Rebbetzin Glass. “Two of them had traveled to Brooklyn for school and one to Queens. They didn’t have cellphones at the time.”

Around noon, Rabbi Glass left the synagogue to join his wife at home.

“We couldn’t stop panicking until we knew the kids were okay. I was worried about my oldest son, Dovid, who was supposed to go yeshiva in Far Rockaway. And I was concerned about Elkie, 15, and Benzion, 13, because they were younger and stranded in Brooklyn. I knew they wouldn’t get home for a while,” recalled the rabbi.

At about 4 p.m., Dovid Glass walked through the front door. He was forced off the train in Brooklyn. Dovid managed to find a bus that got him to the end of Brooklyn but he had no way to get across the East River to Manhattan. Fortunately, he didn’t have to wait too long. The J train resumed running and took him to his home subway station.

Late afternoon on 9/11, Elkie and Benzion called and Rebbetzin Glass found them a place to stay with family. They returned home two days later.

The Tribeca Synagogue was closed until the Shabbos after 9/11, though the area was locked down for some time, with strictly controlled police checkpoints and military vehicles. The entire downtown area below Worth Street, four blocks south of the synagogue, was a frozen zone for months.

Even though the shul was able to open, its community was permanently changed.

“We took a huge hit, and lost 20 families overnight. They never came back after being forced to relocate.” said Rabbi Glass. The shul’s once-a-week Hebrew school program, mostly children from non-Observant families, went from 60 to never more than 25 after 9/11. “We didn’t recover until 2005 when a totally different group – young professionals – started to move in and we transformed the shul for them.”

With his family and congregants accounted for, Rabbi Glass had another concern on 9/11 that continues to this day. “I was worried about another attack. You are a Jewish institution in an area has been hit few times by terrorists. Maybe it’s just a matter of time.” 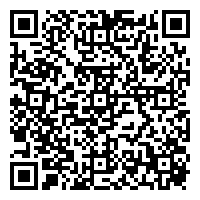