Answer: We mentioned in weeks past that both the Ba’al HaMaor and Rabbi Yehuda b. R’ Yakar (the teacher of the Ramban) – two of the leading sages in Spain – were eager to introduce the words “Keil melech ne’eman” into the siddur, to be said before Shema. Yet, the sages that followed them did not favor such a change. Why? These three words give Shema a total of 248 words (corresponding to the 248 limbs of the body, which a recitation of Shema protects), so why don’t they appear in the Spanish and Oriental nusach?

In his Minhag Sheroshei Ashkenaz, Rabbi Binyamin Shlomo Hamburger writes, “This innovation to the Sefardic tradition proposed by the Ba’al HaMaor and Rabbi Yehuda b. R’ Yakar, was rejected by two of the leading sages who followed them, Rabbi Meir b. R’ Tudrus [the Ramah] and Rabbi Moshe b. R’ Nachman [the Ramban].”

Aside from objecting to changing an age-old nusach, they argued that saying, “Keil melech ne’eman” constitute a hefsek between “ha’bocher b’amo Yisrael b’ahavah” and Shema and may even be a violation of the prohibition against saying Hashem’s name in vain. They also argue that the notion that Shema should contain 248 words is found nowhere in the Talmud.

In a responsum (Teshuvot Ha’Ramah, cited by Tur, Orach Chayim 61, and Sefer Avudraham), the Ramah writes, “One who responds ‘Amen’ to his own blessing – whether he prays with the congregation or on his own – is not only mistaken but is an ignoramus, as he makes a hefsek where there should be no hefsek. This is even more true if he responds ‘Amen’ [and subsequently says] ‘Keil melech ne’eman.’”

He elaborates: “There are three [difficulties] here. First, he is interrupting between the blessing and [Shema]. Second, he is reciting the heavenly name in vain and is in violation of the command in Parshat Yitro, ‘Lo tisa et sheim Hashem Elokecha la’shav ki lo yina’keh Hashem eit asher yisa et Shmo la’shav – You shall not take the Name of the L-rd your G-d in vain, as the L-rd will not absolve one who takes His Name in vain.’ The mention of the heavenly name at this juncture is not an utterance that connects to the blessing ‘ha’bocher b’amo Yisrael’ that precedes it or to Shema Yisrael [that follows it]. Thus, it is an utterance in vain.

“Third, since it is not for the purpose of the blessing but rather to complete 248 words, it is considered like adding to Kriat Shema. Jacob did not recite this addition – nor did his sons, nor did Moses, so why are we reciting it? As for ‘Baruch shem k’vod malchuto l’olam va’ed – Blessed is the Name of His glorious kingdom for all eternity’: If not for the fact that Jacob recited it, we would not recite it. And even though Jacob did recite it, nevertheless we recite it in an undertone.”

The gaon Rabbi Moshe Feinstein, zt”l, (Darash Moshe, Parshat Va’yechi p. 35) addresses why we say “Baruch shem k’vod malchuto” quietly. He cites Genesis 49:1: “Vayikra Yaakov el banav vayomer he’asfu ve’agida lachem eit asher yikra etchem be’acharit hayamim – Jacob called to his sons and he said: Gather and I will tell you that which shall befall you at the end of days.” The Talmud (Pesachim 56a) quotes Rabbi Shimon b. Lakish, who said: Jacob wished to reveal the time of the final redemption to his children, but the holy spirit of G-d departed from him.

He wondered: My grandfather Abraham had a son, Ishmael, who was unfit. My father Isaac had a son, Esau, who was unfit. Is it possible that I have a son who is unfit? His sons, who were standing before him, perceived his quandary and immediately exclaimed, “Shema Yisrael Hashem Elokenu Hashem echad – Hear, O Israel, Hashem is our G-d, Hashem, the one and only.” Upon hearing his sons’ declaration, Jacob felt relieved and responded, “Baruch shem k’vod malchuto l’olam va’ed – Blessed is the name of His glorious kingdom for all eternity.”

The Rabbis wondered: Should we recite Jacob’s response as part of Shema even though Moses didn’t say it (as per the Shema recorded in the787 Torah in Parshat Va’et’chanan)? They ultimately decided that we should recite it but in a hushed undertone – except on Yom Kippur when we should say it aloud. Why? Rabbi Feinstein explains that to recite it aloud, only people with complete faith – like that of Jacob and his sons – can be present. In the course of the year, even in Moses’ generation, not everyone present will have pure faith. On Yom Kippur, though, we assume that all Jews have repented and are thus fit to say, “Baruch shem k’vod malchuto…” aloud.

Returning to the Ramah: He concludes that the addition of “Keil melech ne’eman” should be abolished, albeit only in a peaceful manner. He writes, “It is obvious that this custom has no point, and he who has the ability to remove [these words] should do so, but only in a manner that does not cause strife. It should be done as a group where all are in agreement, as such is the best way. However, if one is unable to muster a group to remove it, he should [at least] omit it from his own personal recital.” 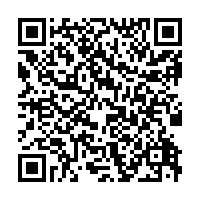