US Vice President Mike Pence arrived Thursday in Israel just in time to participate in the main ceremony of the Fifth World Holocaust Forum at Yad Vashem in Jerusalem, followed by a visit to the Western Wall with Prime Minister Benjamin Netanyahu, and then a meeting at the US Embassy.


In the Guest Book at the Western Wall, the prime minister and the vice president wrote that they are praying for the peace of Jerusalem.

But the topic that remained at the top of the agenda, and which headed the discussions as soon as they reached their seats at the US Embassy in Jerusalem, was Iran, followed in a close second by a message from President Donald Trump, inviting the prime minister to the White House to discuss the Trump “Deal of the Century.”

In a statement following their meeting, Netanyahu thanked Pence, praised him and President Donald Trump for their “firm, moral stance . . . in standing against the worst manifestation of antisemitism – and that is the call of Iran to wipe out the six million and more Jews of Israel.”

Netanyahu poured on praise for Pence coming to Israel, for his words, and for what the Trump administration “is doing every single day on behalf of Israel’s security.

So, I gladly accept your invitation, his invitation to come to Washington and discuss with him his ideas on how to advance peace and to work closely with him to advance that goal.

I suggested that Benny Gantz be invited to this event as well, because I think that it’s important that we do not lose this historic opportunity,” Netanyahu added.

“With such friends in the White House, with such backing from the United States, we should get as broad a consensus as possible around the efforts to achieve security and peace. . . I look forward to doing both, and I thank you again for your extraordinary friendship. Thank you.” 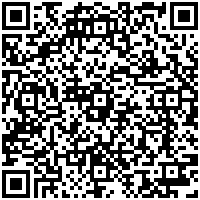