Answer: The Me’iri presents a strong proof that saying “Amen” before Shema doesn’t constitute a hefsek. The Gemara (Berachot 12a) states, “If a person took a cup of wine thinking it was beer and commenced to recite the blessing [Shehakol] but concluded with the ending ‘borei pri ha’gafen,’ he has fulfilled the mitzvah.”

The Shiltei Gibborim to the Rif (ad loc.) explains: “He took the cup of wine thinking it was beer and recited the complete blessing concluding with ‘shehakol nihyeh bidvaro.’ But he then caught himself and added ‘borei pri ha’gafen,’ thus discharging his mitzvah requirement.”

According to the Shiltei Gibborim, he actually said the words “shehakol nihyeh bidvaro” and yet they are not regarded as a hefsek between “Baruch ata Hashem…” and “borei pri hagafen” (since they are relevant to the mitzvah [since Shehakol covers wine too]). Similarly, saying “Amen” after a berachah or “Kel melech ne’eman” before Shema should not be regarded as a hefsek.

The position of the students of the Ramban, however, is that only b’di’avad – after the fact – do we say that a person who started saying the wrong berachah or said “Amen” to his own berachah need not repeat the blessing. Lechatchilah (at the outset), however, only a boor (an ignoramus) acts in this manner.

The Me’iri cites Teshuvot HaRif to the effect that the blessing of “ha’bocher b’amo Yisrael” is an end blessing similar to “bonei Yerushalayim,” to which one responds “Amen” to one’s own blessing. The Meiri writes, “The result is that we really all agree regarding ‘Kel melech ne’eman’ – that it is not an interruption and saying it is not a matter of ignorance since nothing the sages ordained can be regarded as a hefsek and no one who [says what they ordained] can be considered an ignoramus.”

The Meiri presents another proof for his position. When a person is about to eat in a sukkah, he first says HaMotzi and only then leishev ba’sukkah even though the latter berachah should seemingly constitute a hefsek between saying hamotzi and eating bread. But it isn’t a hefsek, and neither is “Kel melech ne’eman.”

Yet another proof the Me’iri cites comes from Berachot 11b. The anshei mishmar (the kohanim on duty in the Temple) would say the first blessing of Shema, then the Ten Commandments, and then Shema. The Ten Commandments evidently were not considered a hefsek. Now, one can argue that the Aseret HaDibrot and Shema are similar, but so are “Kel melech ne’eman” and Shema. Thus, if the Aseret HaDibrot do not constitute a hefsek, neither does “Kel melech ne’eman.” Since the sages enacted that it be said, it became part and parcel of Shema.

It is interesting to note that although the words “Kel melech ne’eman” were added so that Shema contain 248 words (corresponding to the 248 limbs in a person’s body), we still say them at night for Keri’at Shema al Ha’mitah even though this Shema is only one paragraph long. Evidently, once the sages told us to say it, it became part and parcel of Shema and no longer is necessarily tied to achieving a specific number of 248. 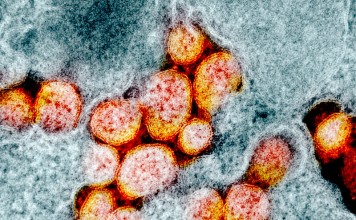 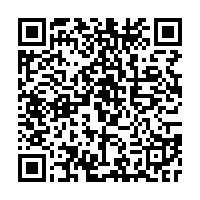