I have read in the Kitzur Shulchan Aruch that an individual praying without a minyan does not recite the Selichot written in Aramaic. What is the reason?

Answer: Indeed, the Kitzur Shulchan Aruch (vol. 3:128, The Laws of Elul) notes that the entreaties in the Aramean language – Rachmana, Machei U’massei, De’ani le’aniyyei aninan, and Maran di’bi’shemaya – are not said when praying without a minyan.

This is based on the Talmud (Shabbos 12b), which states: Rabba b. Bar Hana said, when we would follow R. Eleazar to inquire after [the health of] a sick person, sometimes he would say (in Hebrew), “Hamakom yifkod’cha leshalom – May the Ominipresent remember you with peace [and good health],” whereas at other times he would say (the same prayer in Aramaic), “Rachmana yidkerinach lishlam.” The Gemara asks: How could he do thus (i.e., pray in Aramaic)? Did not R. Yehuda say that one should never petition for his needs (make a request) in Aramaic? And did not R. Yohanan say, “When one petitions for his needs in Aramaic, the Ministering Angels do not come to his aid, for they do not understand Aramaic”?

The Gemara answers that a sick person is different, for the Divine Presence is with him. R. Anan said in Rab’s name: How do we know that the Divine Presence supports a sick person? Because it is written (Psalms 41:4), “Hashem yis’adenu al eres devai – G-d supports him on the sickbed.” Rava quotes an alternate explanation of that posuk in the name of Rabbin: How do we know that G-d provides sustenance for the sick person? It is written, “Hashem yis’adenu…” (yis’adenu can be understood both as help and provision of food).

The commentary Shiltei HaGibborim (ad loc.), quoting the Tur (Yoreh De’ah 335), states that when one is in the presence of a sick person, one follows that practice and pleads on his behalf in any language; but when not in the presence of the sick person, the request should be made in Hebrew (lashon hakodesh) only. This raises the question: Is not the Divine Presence with the ailing person in both instances? Tosafot (ad loc.) s.v. “She’ein mal’achei hasharet” ask another question (for which they do not provide an answer): If we posit that the Ministering Angels are privy to the innermost thoughts of man (“that which is in the heart”), how is it possible that they do not understand Aramaic?

Furthermore, as Rabbi Shmuel Eliezer Edels (Maharsha) points out in the late edition (mahadura batra) of his Chiddushei Halachot on Tractate Shabbos (found at the back of the Vilna Shas), we cannot assume that every person whose life is endangered will be helped by Hashem, as evidenced by the verse in Parshat Korach (Numbers 16:29), “Im ke’mot kol ha’adam yemutun eileh u[p]ekudat kol ha’adam yippakeid aleihem … – [Said Moses] If these die like other men, and the destiny of all men is visited upon them, then it is not G-d who has sent me.”

Korach and his followers were about to be punished for their rebelliousness against Moses. And it is the manner of their death that would serve as proof that their rebelliousness was not intended just against Moses, as Korach contended, but was ultimately also directed against Hashem. They would not die after an illness, like other mortals whom the Divine Presence visits on their sickbed, but would be swallowed alive by the earth, without any recourse against the decree of death, because by rebelling against Moses they were, in fact, rebelling against Hashem on whose mission Moses had been sent. It is also from this verse that Resh Lakish derives the mitzvah of visiting the sick, as detailed in Tractate Nedarim (39b).

With this in mind, we might also wonder how we are to know when to beseech G-d on behalf of a sick person. When is an ailing person in grave danger, i.e., how do we define “choleh”? When is a person in mortal danger from other causes? Since we do not know the extent of the danger and have to utilize every means at our disposal – including the help of the Ministering Angels who understand only Hebrew – we resort to prayer in Hebrew when we are not in the presence of the sick person.

This, in turn, raises an additional question. Why would we invoke angels as mediators? Do we not address our prayers directly to Hashem? Rashi (Shabbos 12b; also Sotah 33a, where our sugya is tangentially repeated) describes the angels as “bringing our prayers behind the Curtain,” or “delivering our prayers,” which offers us but a glimmer in the way of understanding this phenomenon.

We should note here that there is a clear difference between individual prayer (tefillat yachid) and congregational prayer (tefillat hatzibbur), as stated by the Gemara (Berachot 8a), quoting a verse from Job (36:5), “G-d does not despise the prayer of a congregation.” The Gemara seems to indicate, based on this verse, that the prayer of a congregation is assured of delivery on high. Why is an individual’s prayer not treated likewise? (Tractate Berachot ad loc. also cites other verses to prove that point but Rashi, when discussing the matter [Sotah 33a], sees fit to quote only this reference.)

Discussing whether the Ministering Angels indeed know the innermost thoughts of man, Noam Elimelech (Parashat Be’ha’alotecha) suggests that the angels who are in charge of bringing our prayers to G-d have been given the ability to discern between prayers that are pure and those that are tainted with improper thoughts. How are they able to do that if they did not know the innermost thoughts of man? A man’s actions create an aura around him. While bad deeds produce a negative, repelling aura, good deeds create a fragrant emanation similar to incense, enabling the angels to recognize prayers worthy to be brought up to G-d. Thus it is through man’s prayers that the angels are capable of discerning whether his thoughts are good or bad.

While this clarifies somewhat the extent of the Ministering Angels’ comprehension, there still is no explanation as to why this ability does not apply to prayers in Aramaic. The various interpretations offered resulted in different rulings among the poskim. The Rif is of the opinion that tefillat yachid is permitted only in Hebrew, whereas Chachmei Tzorfat (the Sages of France) allow an individual to pray in any language, except when he is praying for his own needs. The Rosh opines that even personal requests can be made in languages other than Hebrew – with the exception of Aramaic.

Rabbeinu Yona’s commentary on R. Alfasi (Rif p. 7a) to the beginning of the second chapter of Berachot – parallel to the topic discussed in Tractate Shabbos 12b and Sotah 33a – furnishes us with the scriptural source of the angels’ role in the purveyance of our prayers to G-d. It is written (Job 33:23), “If there be for him an interceding angel, one of a thousand …” Rabbeinu Yona notes, however, that it is only the individual, not the congregation, who is in need of an interceding angel. This approach also offers us a better understanding of Noam Elimelech’s interpretation of the angels’ role in regard to prayer, for they judge the validity of prayers on an individual basis and not in a congregational situation. 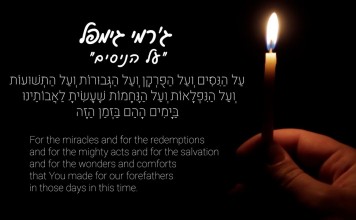 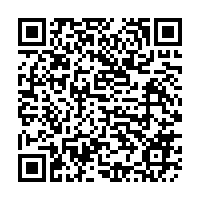