QUESTION: I am about to get married and it appears that my name is the same as my fiance’s mother’s name. I’ve been told that this is problematic. Please advise as I urgently need an answer.
No Name, Please
ANSWER: We must assure you that you need not worry and may proceed with your upcoming plans.We discussed this very question a number of years ago. Let us refer to that discussion.The rule that one should not marry a woman who has the same name as one’s mother – or that a woman should not marry a man who has the same name as her father – is based on Tzava’at Rabbi Yehuda HeHasid, the Testament of Rabbi Judah the Pious (a prominent scholar and mystic in Germany, 1150-1217).

The Pit’chei Teshuva (Shulchan Aruch, Even HaEzer 2:6; see also Yoreh De’ah 116:5) cites it in connection with the mitzva to “be fruitful and multiply” (Bereishit 1:28) and the rules as to whom one should/should not marry. He quotes the Chochmat Adam (123:13), who states that the rule only applies to a case where there is a threefold repetition; for example, if a man by the name of Reuven has a son-in-law whose name is Reuven, and he in turn has a daughter (the granddaughter of the first Reuven) for whom a man named Reuven is proposed. This would apply to the case of a mother-in-law and her daughter-in-law and granddaughter-in-law as well.

The Otzar Haposkim (Even HaEzer loc. cit.) cites many sources that find ways around the rule as stated in Tzava’at Rabbi Yehuda HeHasid. The Mekor Hesed, for example, quotes the Gaon R. David Oppenheim, who notes that if the father-in-law is called Shmuel Sabba, that is, “the older one” [while the son-in-law is referred to simply as Shmuel], that would not be considered the same name [even according to the stricter view of R. Yehuda HeHasid].

The Noda BiYehuda (Teshuvot Tanina, Even HaEzer siman 79), as quoted by the Pit’chei Teshuva, states that the Testament of R. Yehuda HeHasid was only intended for his own descendants; and even for his descendants it applies only to the name given at birth (or at the bris, for a boy), and not to a name that was added due to illness.

R. Menachem Mendel of Lubavitch states in his She’elot U’Teshuvot Tzemach Tzedek ? in the name of the Mechaber – that we are stricter in the case of a mother-in-law and daughter-in-law, since it is mentioned in Mishnat Hasidim. It also appears, according to the halachic decisors listed by Otzar Haposkim, that it is only in this regard that there is any stringency.

Commenting on the likely reasons for that rule, Otzar Haposkim cites the Chida, the Heishiv Moshe and the Pri Hasadeh, who all state that since such a situation is somewhat out of the ordinary, it attracts attention and may therefore cause the casting of ayin ra’ah, an evil eye. He also cites the Maharil, who offers a different reason (siman 17): that the son will not be able to honor his mother after her death by naming a child in her memory. The Minchat Hakometz (siman 96), however, states that the problem of kibbud em can be resolved if either the mother or the daughter- in-law has more than one name – unlike the Maharil, who requires that it is the mother who should have two names. Otzar Haposkim also lists the Even HaRoshah (siman 31), who quotes the Shulchan Aruch (Yoreh De’ah 240:2; see also Rambam, Hilchot Mamrim 6:3) to the effect that if someone else has the same name as one’s father (or mother), one changes the name by which one calls the other person (such as an intended spouse) since one must not utter the given name of one’s parents even if not in their presence.

The Lubavitcher Rebbe, R. Menachem Mendel Schneerson, zt”l, quotes the above mentioned Rambam statement in his Sha’arei Halacha U’Minhag (p.88), noting that it only applies to unusual names, but not to commonly used names such as Avraham, Yitzhak, Yaakov or Moshe and the like. Even so, he indicates (p.85) that we nevertheless add another name.

Finally, Otzar Haposkim quotes the Beit Yitzhak (Even HaEzer vol.2 siman 72), who gives a most compelling reason (which might have been particularly relevant when several generations in a family used to live in close quarters): a man might call out his wife’s name and his mother would respond, possibly resulting in a sinful situation. A parallel situation would apply to a father- in-law and a son-in-law with the same name.

This explanation is alluded to in an answer the Rebbe gave to somebody who asked about such a problem in a suggested shidduch (op. cit. p.86), where he states, “But only if they do not live in the same place.”

The Gaon R. Moshe Feinstein, zt”l (Iggrot Moshe, Even HaEzer siman 4), introduces another element. While he does not discount the stringent opinions found in the Divrei Chayyim, among others, which are quoted in the name of the Ari, z”l, he points out that there is no clear decision on that problem. He remarks that today, since the Hebrew name is at least slightly different from the secular name used in the country of residence, we do not pay particular attention to this rule. He also dismisses the suggestion of adding a name, for the bride will most likely not be called by that name henceforth, and all it might do is cause problems in case of a get.

He then discusses the possibility of adding another English name (so as to avoid any difficulty in case of a divorce) but dismisses this option as well, for the bride will probably not be able to establish a new calling name for herself. Her friends might laugh and not heed her request, or she herself might be embarassed to ask her friends to call her by a different name.

Rav Feinstein concludes that if the groom and the bride are not particular about the problem of the name, the opinion of the mother should have no bearing on the matter. In such a situation we rely on the principle that if the interested parties do not care, neither should we, and therefore the mother should not insist.

We convey our wishes of mazel tov to you on the occasion of your upcoming simcha, and may you build a “bayit ne’eman beYisrael.”

Why America Is In Real Danger 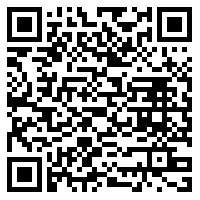