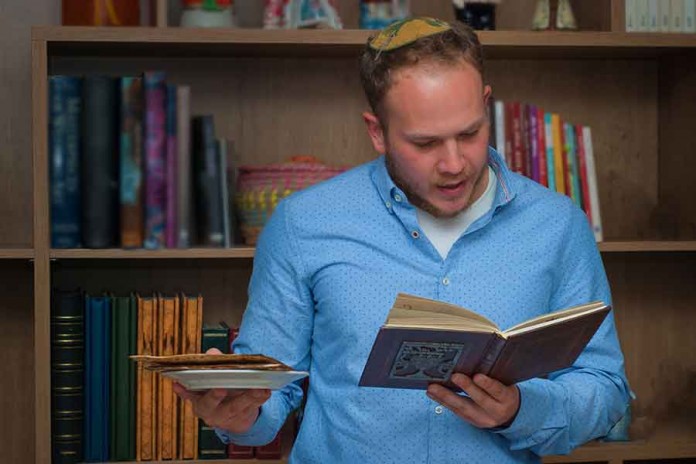 Question: What constitutes the actual Haggadah, the mitzvah to retell the story of our slavery in Egypt and how Hashem redeemed us and delivered us from there? Also, if the head of household reads the Haggadah to those assembled, has he discharged their obligation?

Synopsis: We noted that there is a mitzvah incumbent upon every Jew to retell [Haggadah] the story of our deliverance from the bondage of Egypt. We discussed divergent views regarding Mah Nishtanah, the opening query that prompts the reply – the tale that is the Haggadah. Some are of the opinion that once the question is asked there is no need for any to repeat the query but all go straight to the Haggadah’s response, Avadim Hayyinu. Others require repeating the Mah Nishtanah. In the Jerusalem Talmud (Pesachim 10:4) we are told of the four sons and the four questions, all based on verses in the Torah, and how we respond to each of them. Rema and Mishna Berurah express the former view based on the above-referenced Gemara, thus no need to repeat Mah Nishtanah. Chatam Sofer notes that Rambam expresses the latter view, which is clearly at odds with the Gemara. We then sought to establish where the actual Haggadah begins, by citing the Maharal. In his Haggadah we find the preparatory prayer, “Hinneni Muchan u’mezuman – I am prepared and ready” to fulfill my obligation, and this is said at the outset – even before Hah lachma Anya, which is before Mah Nishtanah and Avadim Hayyinu. This seems to be echoed by the early authority Kol Bo. The Satmar Rebbe, Rabbi Joel Teitelbaum, in his Haggadah Divrei Yoel, is of the opinion that the actual obligation to relate begins with Avadim Hayyinu, the narrative of the great miracles that occurred to the children of Israel. As he notes, the narrative is such that it brings us to know all that happened and thus know who brought them out of Egypt, to know that “I am Hashem.”

Answer: Hagaon Rav Shmuel Ha’kohen Burstein, zt”l, of Sha’tava, Ukraine, the grandfather of my good friend, colleague and columnist, the late HaRav Yaakov Simcha Cohen, zt”l, whom I miss so much, explains in his Ma’adanei Shmuel on Kitzur Shulchan Aruch (Hilchot Pesach) that the entire obligation of the Seder is for the father to explain to the children the great wonders and miracles that Hashem wrought for us. Thus he stresses that it is important that it be explained in a language that they comprehend. From here, too, we see that the essence of Maggid starts at “Avadim hayyinu.”

Additionally, if we consult the Shulchan Aruch HaRav (473:43, Hilchot Pesach) we see that he states openly that “the essential text” of the Haggadah (“maggid”) that our Sages enacted as a requirement for all to discharge their mitzvah, is from the beginning of “Avadim hayyinu” (the view of the sage Shmuel, Pesachim 116a).

We further find that the Gaon Rabbi Moshe Sternbuch in his responsa Teshuvot VeHanhagot” (Orach Chayyim 236) cites the following in the name of the Brisker Rav, Rabbi Chaim Soloveichik, zt”l: “The essential requirement of the son is that he ask, `Why is this night different?’ He need not ask the four questions. Therefore, as the Sages say, we return the ke’ara [the Seder Plate] and we distribute parched stalks of grain [to the children] in order that the child be moved to ask. In fact, this is what Rambam states, `Here the son asks, and then the reader [father] says Mah Nishtanah, etc. [all four questions].’”

The Gaon Rabbi Chaim explains that the son simply asks about the difference of this night, but the adult [gadol] asks all the four questions so that the Haggadah will be in the style of an answer to a question, for this is the essence of sippur yetziat mitzrayim.

On the other hand, if the child did indeed ask all four questions, it would seem that according to the Rema, as interpreted by the Mishna Berurah, there is no need for the adult to ask the questions, as the questions have already been asked; thus, the adult can proceed to the main mitzvah of sippur yetziat mitzrayim.

I was very fortunate to find a similar explanation in the Haggadah Kol Dodi (p. 104) by the Gaon Rabbi Dovid Feinstein, zt”l, Rosh HaYeshiva of Mesivta Tifereth Jerusalem, which we now quote:

“If one’s child or wife asked the Mah Nishtanah, the respondent himself need not recite it… (Rema, ibid.)

On the other hand, the Gaon Rabbi Binyomin Paler, zt”l, cited at the outset, was probably following the opinion of Rabbi Chaim Brisker which we previously cited, who says that the gadol [which might be read as the bar chiyyuva, the one who is obligated in mitzvot] asks the questions. Yet I am sure that even he would agree that the mitzvah of “Ve’higad’ta le vincha” does not precisely require that the child be a gadol, a bar chiyyuva, to exempt the father from asking the questions. Rather, a child or any other unlearned person who asks the questions prompts the response that is the Haggadah – namely, the mitzvah of Maggid, as the Gaon Rabbi Dovid Feinstein states. But he also adds that it has become the custom for the leader to repeat the questions.

In light of our discussion of the mitzvah of maggid, may we merit the Geulah Sheleima – the final redemption of our people with the arrival of the Melech HaMoshiach Ben David speedily in our days. 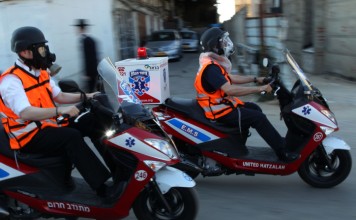 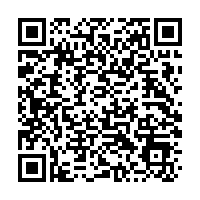