With all due respect to Likud Chairman Benjamin Netanyahu, there’s just too much hatred for him among some of the other Israeli right-wing party leaders to give Israeli voters what they want and deserve, which is definitely not the current left-leaning government that’s incapable of a strongarm anti-terrorism policy, while showing its dedication to destroying Jewish communities in Judea and Samaria, impoverishing Haredi parents of toddlers, disemboweling the Chief Rabbinate, and watching aimlessly as apartment prices soar.

Meanwhile, Netanyahu and his Likud voters have no desire to see Netanyahu step aside, which might (or might not) break apart the current coalition. So unless Bennett realizes this terror crisis needs an actual unity government and not a collection of sparring factions united only by their hatred of Netanyahu, we’re either going to have to wait until new elections, or enough right-wing MKs to realize, like Idit Silman did, that this Bennett coalition simply doesn’t work for the right.


Then, on Thursday, it looked like something may have changed: Channel 14, formerly Channel 20, Israel’s equivalent of Fox News, came out with an election poll that broke the stalemate (New Israeli Election Poll Shows Shocking Results): the poll that was conducted by Direct Polls for Channel 14 after MK Idit Silman had left the coalition, showed the right-wing bloc winning 62 seats without the Yamina party. “Prime Minister Naftali Bennett and his party join the list of parties who fail to cross the vote threshold” along with Gideon Sa’ar’s New Hope.

The Direct Polls survey was conducted on Wednesday with a representative sample of 1,051 adults age 18 and over. But here’s the catch: the poll’s statistical sampling error is +-3.9% with a probability of 95%. There’s a lot of room there, in the 3.9% sampling error. There’s still enough room for both Bennett (2.9%) and Sa’ar (2.5%) to get to the 3.25% threshold and collect 4 seats each, depriving the other side of those shiny 61st and 62nd coalition votes.

Ma’ariv’s Panels Politics Poll was a little more toned down. It showed the Likud-Religious Zionism-Haredi bloc climbing to 60 MKs, while the Lapid-Bennett coalition is down to 54 MKs, and the Joint Arab List gets 6 MKs. A definite reversal of the current situation.

Mind you, this is not a small achievement for the right-wing bloc: following the resignation of MK Silman, the coalition led by Naftali Bennett has 60 MKs, the Likud-Religious Zionism-Haredi bloc has 54 MKs, and the Joint Arab List has 6 MKs. The poll shows the right-wing bloc flipping these numbers, which is a very good sign – just not quite enough – if one ignores statistical errors.

Except that this poll is even less reliable than the first one: it questioned 506 members of the Panel4All respondents’ panel, online. Oh, and the sampling error is +-4.3%. So, again, this means everything in this poll could be off by a lot. Including the fact that it predicts Bennett getting over the threshold and Sa’ar reaching very close. It also awards Likud 37 seats, and Smotrich walks away with 9 – at the expense of the Haredi parties.

This poll also included 502 respondents, with 95% probability and a +-4.4% sampling error.

I highly recommend Sample size and uncertainty when predicting with polls: the shortcomings of confidence intervals, which suggests better, more precise methods of predicting election results.

While many like to claim that Netanyahu stepping down would solve the coalition crisis, Likud’s constant climbing in the polls and the ever-growing coalition bloc Netanyahu can form without his haters, indicate the voters want Bibi back. And that’s democracy. 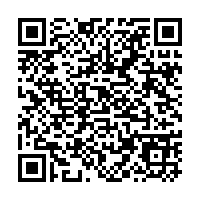